in the monastery of St. Johann in Müstair (CH/Switzerland)

The monastery church of Müstair, as well as the Chapel of the Holy Cross of the monastery of St. Johann in Müstair, are well preserved from the time when the monastery was founded (end of the 8th century). The original furnishings also include choir screens made of marble from Lasa. During archaeological excavations, marble fragments were found in the walls of the Ottonian Planta Tower (10th century). They had been used as building material. In total, over 600 marble sculptures were rediscovered in this way. These marble sculptures can be dated back to the 9th century. They were made in Laas (Lasa) and adapted on site. An overwhelming variety of forms can be found in Müstair: Tendril motifs based on late antique patterns, animal style elements, braided ribbon ornaments and fragments with a high symbolic content.

Two of these marble sculptures are briefly presented here: the Angel John slab and the Griffin slab. The former is quartered by a cross. The blessing hand of God protrudes from the upper arm of the cross. In the centre is the Lamb of God, and at the bottom left is John the Baptist in his camel's hair cloak. The remaining quarters are reserved for angels with messenger staffs. The lower angel delivers the martyr's victory wreath to John. This slab is very significant in terms of symbolism, as the monastery of Müstair is dedicated to John the Baptist.

Another very beautiful marble slab shows a griffin, half lion and half bird-of-prey. This is a mystical hybrid creature that symbolises vigilance and strength. The griffin is depicted in profile, its wings spread, its tail curved and raised. The griffin's beak is wide open and its tongue hangs out.

These and also other Carolingian marble sculptures made of Lasa marble are exhibited in the Müstair Monastery Museum and cast a spell over the viewer. The monastery of St. Johann in Müstair has been a UNESCO World Heritage Site since 1983. 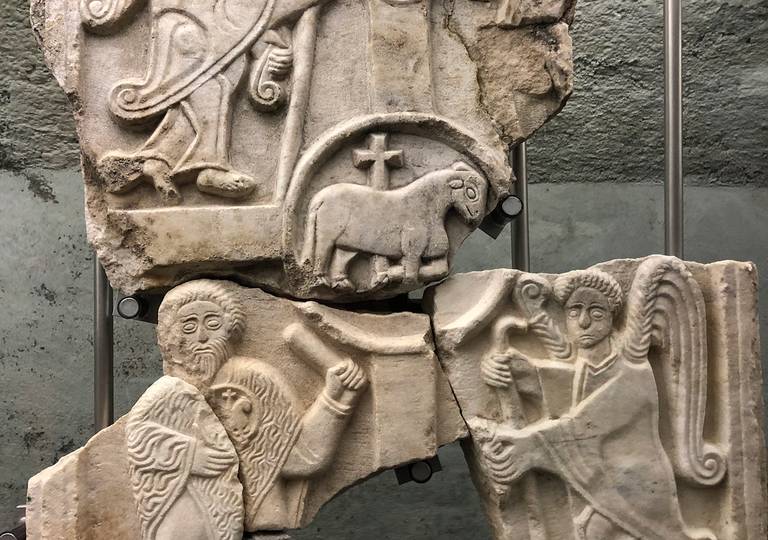 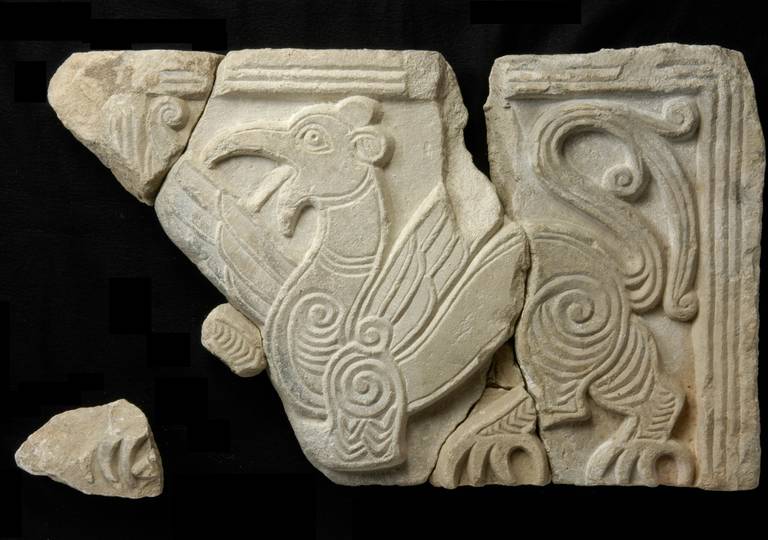 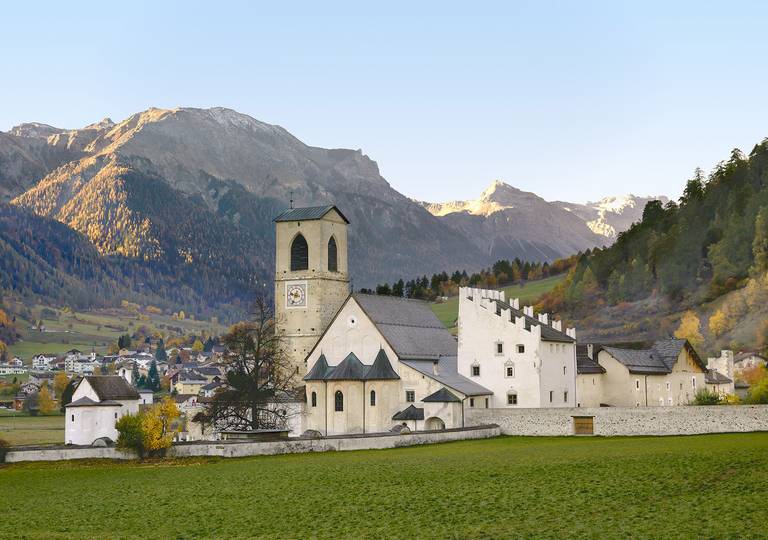 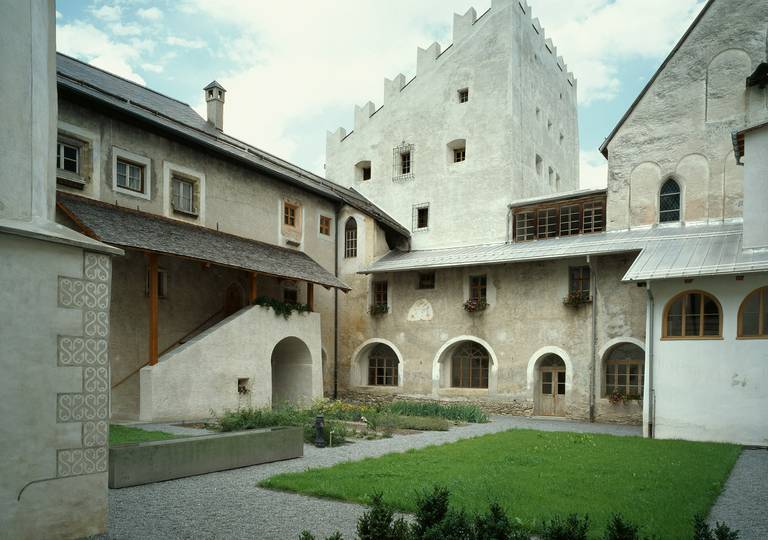 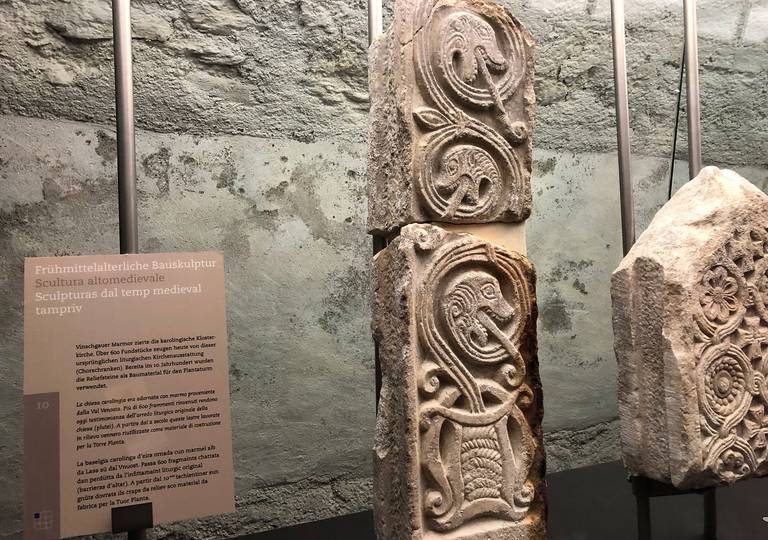