The "Salige-Fräulein-Brunnen" is located in Innsbruck's Rapoldipark. In the centre of the fountain is the monumental sculpture of three Salige Fräulein (Alpine nymphs or fairies) made of snow-white Lasa marble. The sculpture was commissioned by the city of Innsbruck and designed by the sculptor Hans Plangger from Lasa (Laas) during the war in 1944.
Due to the turmoil of war, however, the sculpture was not completed until 1953/54. The sculpture was ceremonially unveiled in 1958. The larger-than-life figures (height approx. 220 cm), carved from a block of marble, show a group of three seated, singing young women, the so-called "Saligen Frauen", as well as a sleepy-looking goblin at the back.
The female figures depicted are creatures from the world of legends, mainly from the Alpine region. The sculptor and master stonemason Josef Mayr Senior from Lasa (Laas) was commissioned to carry out the sculptural work. The block selected from the White-Water Quarry in Lasa (Laas) was initially too heavy to be transported by the cable crane erected in 1930 to the "Placement" on the Lasa marble railway. So the block had to be shoved around on site until the cable car started moving with the excess weight.
During the transport from the Lasa marble production site to the old sculpture workshop of Josef Mayr Senior, there was another moment of anxiety. At a narrow point in the village, the transport cart swung so wildly that everyone already feared the block of marble would crash into a house wall. None of this happened. After completion of the sculptural work, the monumental work could be handed over to the capital of Tyrol. 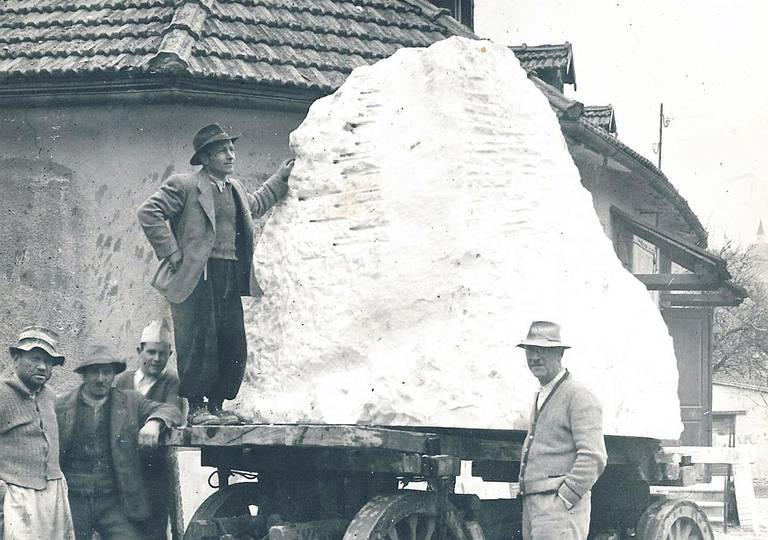 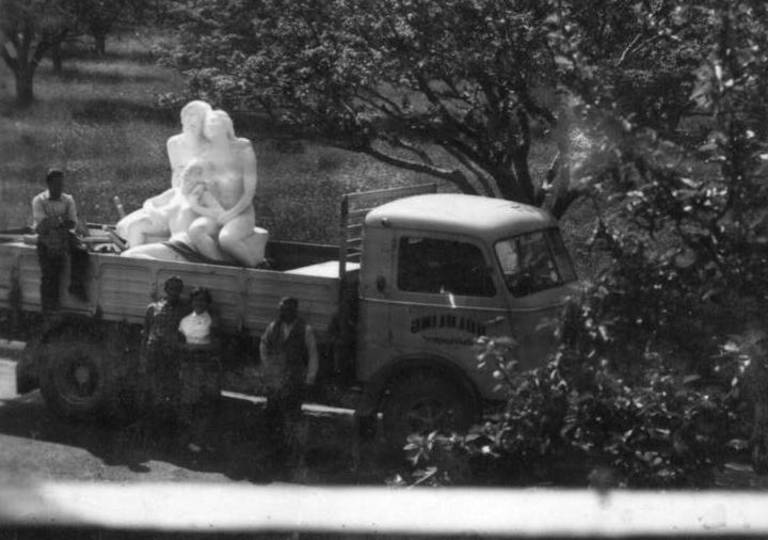 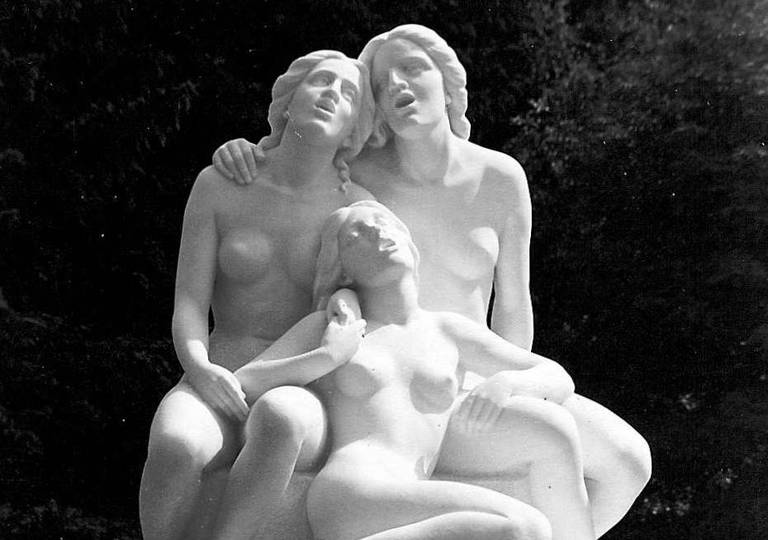 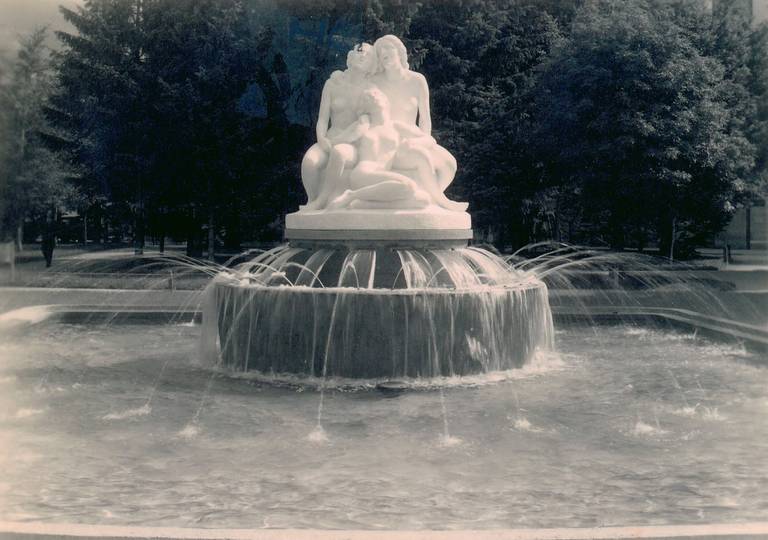 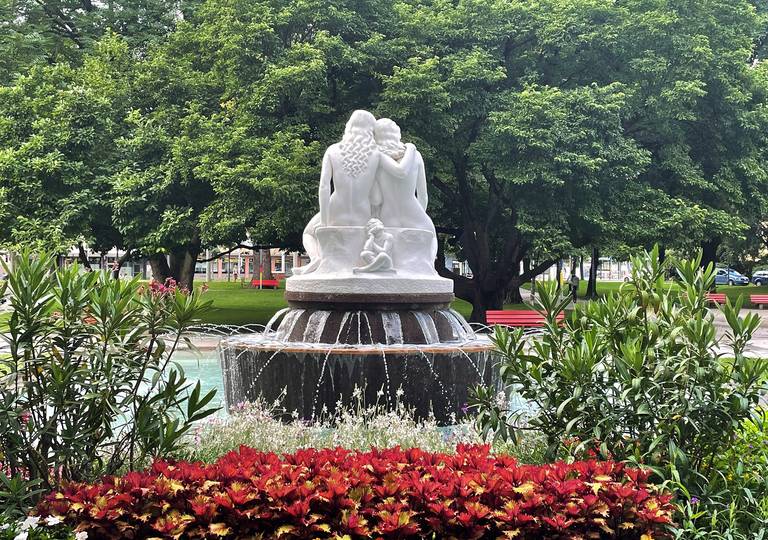 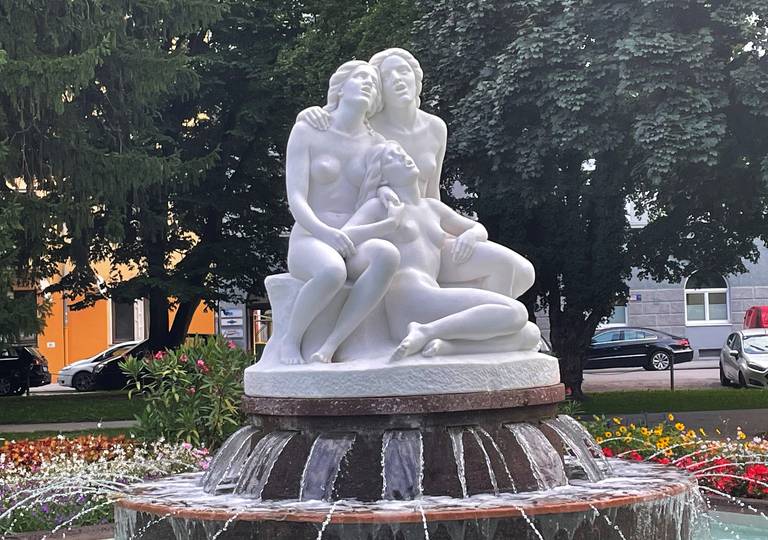