The Pallas-Athene-Fountain in Vienna is located in front of the Austrian Parliament building at Dr.-Karl-Renner-Ring in the 1st District, of the Inner City. The entire fountain including all statues and figures are made of Lasa marble. In the middle of the monument, above the symmetrically arranged fountain, there is a group of figures, the centre of which is the four-metre-high statue of Pallas Athena standing on a column. The Greek goddess of wisdom holds a spear in her left hand and the goddess of victory Nike in her right. Next to the column sit the allegorical representations of the legislative and executive powers, - on her left the legislature with a book, on her right the executive with a sword. The fountain was designed in 1870 by Theophil Hansen (1813-1891) as part of the parliamentary ensemble, but construction work did not begin until 1898.

The figures of the monument, unveiled in 1902, were made by various sculptors: Athena as well as the allegories of the Elbe and Moldavia by Carl Kundmann (1838-1919), the river allegories of the Danube and Inn by Hugo Haerdtl (1846-1918) - a brother of the Lasa marble works director Haerdtl - and the allegories of the executive and legislative branches by Josef Tautenhayn (1837-1911). In 1998, the Viennese "Union-Baugesellschaft", which was the owner of the Lasa marble works at the time, supplied 25 blocks of figures for the production of the Pallas-Athens fountain, totalling 150 cubic metres of marble, including pieces up to 13 cubic metres in size (main figure by Kundmann, middle groups "Elbe and Moldau" and "Danube and Inn" by Haerdtl, side groups "Justice" and "Law" by Tautenhayn). In 2005 the fountain underwent a general renovation. 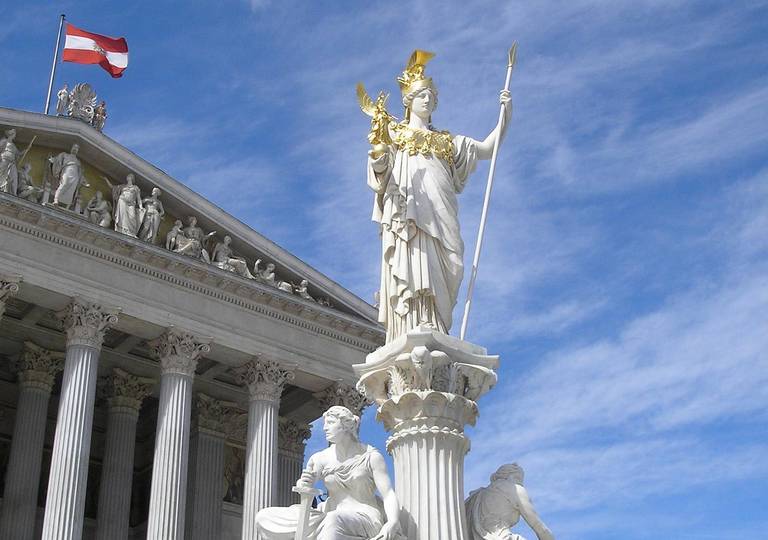 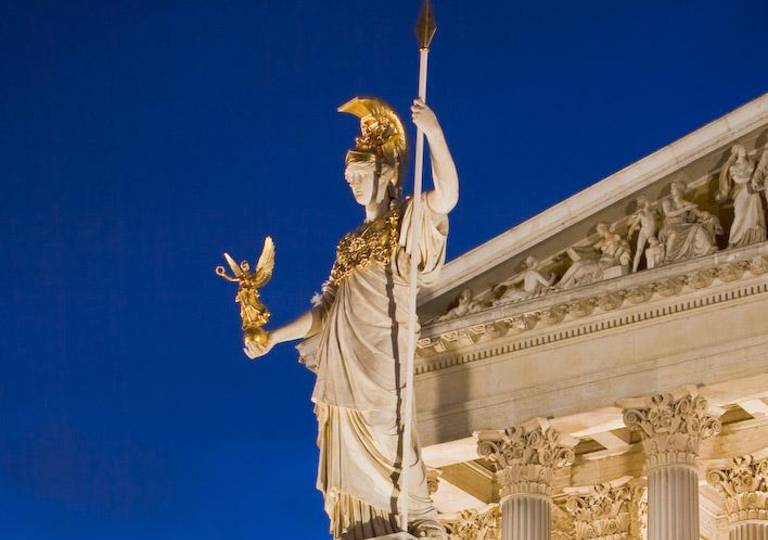 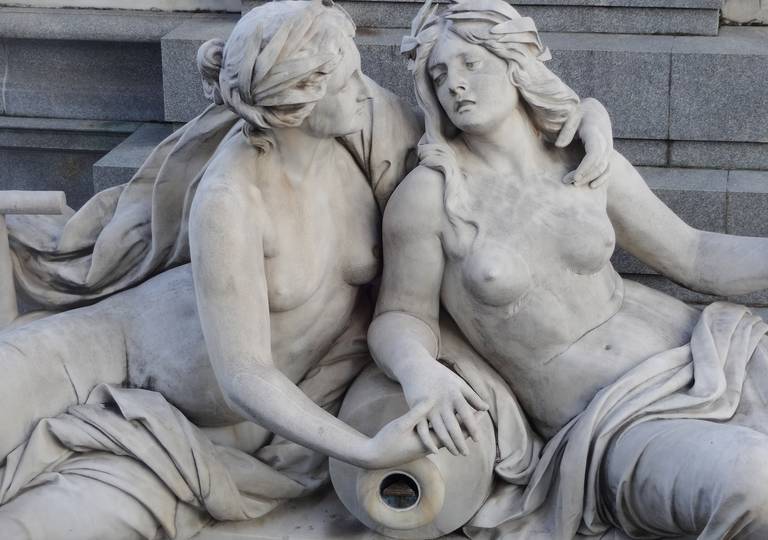 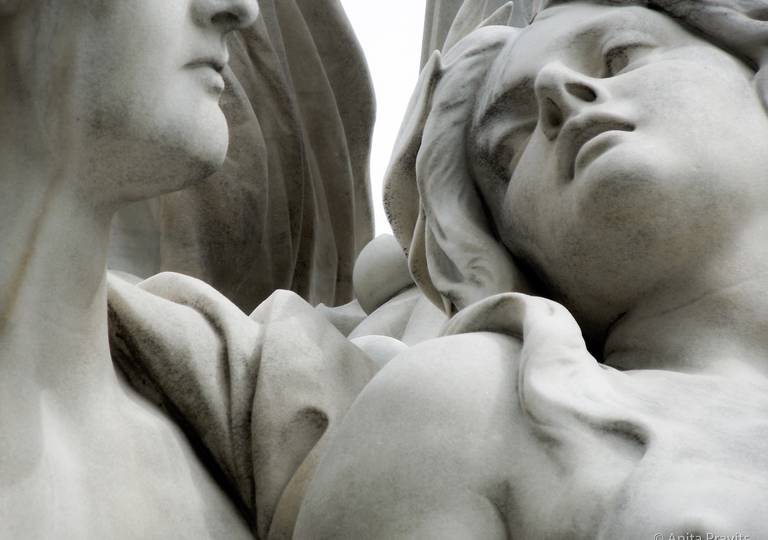 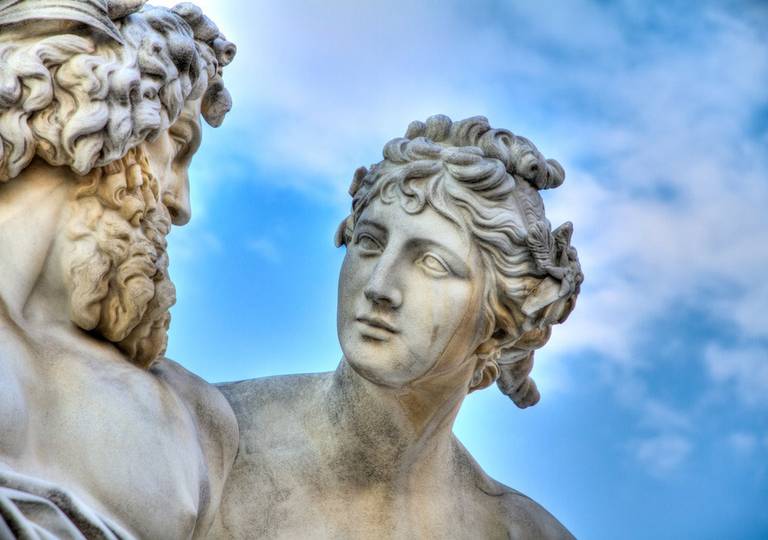 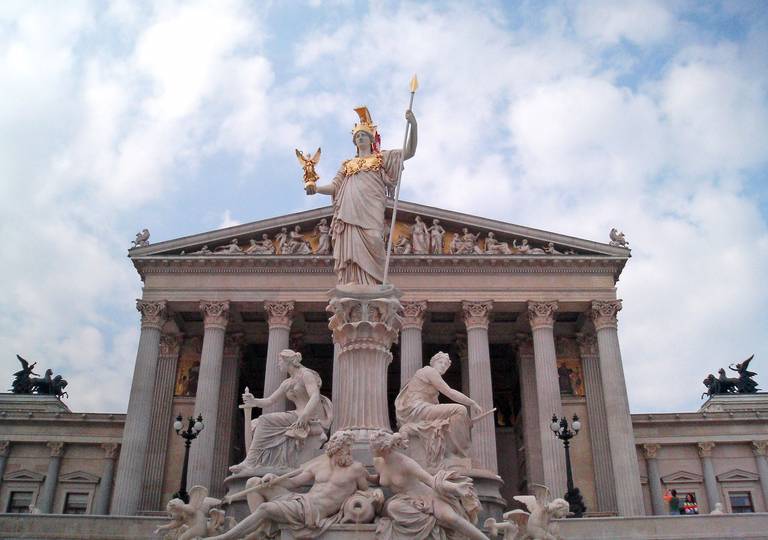