Brief biography of the artist
Born 1974, Kano, Nigeria
Lives and works in Antwerp, Belgium
Otobong Nkanga began her art studies at the Obafemi Awolowo University in Ile-Ife, Nigeria, and later continued her studies in Paris at the Ecole Nationale Supérieure des Beaux-Arts. She has been artist-in-residence at the Rijksakademie van Beeldende Kunsten in Amsterdam (2002-2004) and she finished her Masters in the Performing Arts at DasArts, Advanced Research in Theatre and Dance studies, Amsterdam (2005-2008).
Furthermore, she has been artist-in-residence at the DAAD, Berlin (2014) and at Martin-Gropius-Bau, Berlin (2019).

Veins Aligned (A Lapse, a Stain, a Fall)

Otobong Nkanga conceived A Lapse, a Stain, a Fall as an organic display of artworks that unfolds in space following a chromatic rhythm, from black to an increasingly composite palette of colours, a progression of pieces ‘germinating’ alongside a new, central artwork that, as an artery, runs the length of the architecture from wall to wall, turning the exhibition into a living, diasporic organism where body parts hold together by their skin.

The centrality of the notion of the ‘body’ in Nkanga’s thinking resonates deeply with the title of the newly commissioned work, Veins Aligned Otobong Nkanga's artwork "Veins Aligned" is exhibited at the 59th Venice Biennale (Esposizione Internazionale d'Arte, La Biennale di Venezia) from 11 May to 24 November 2019. 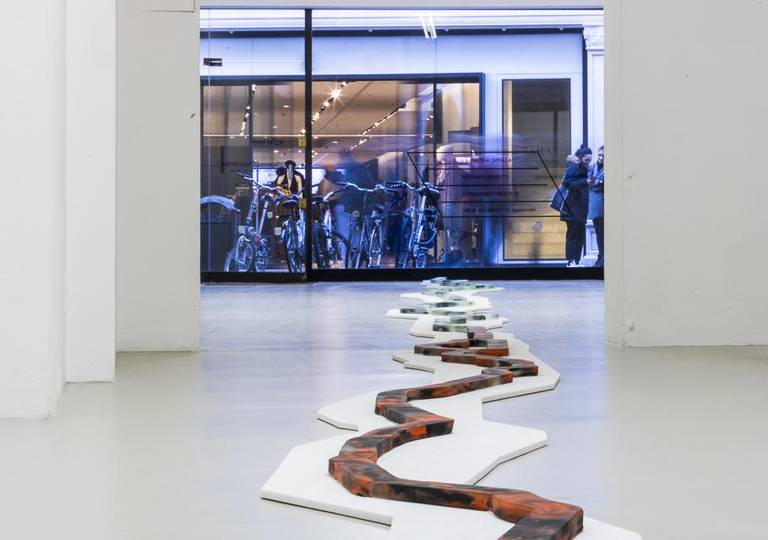 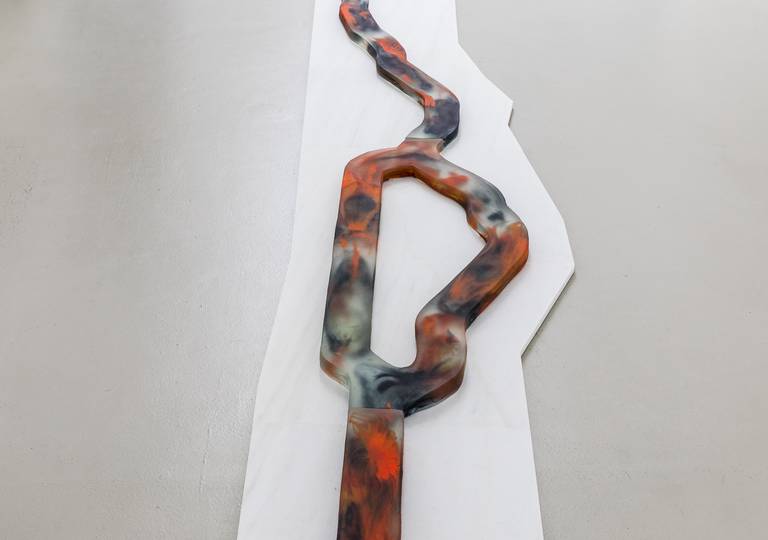 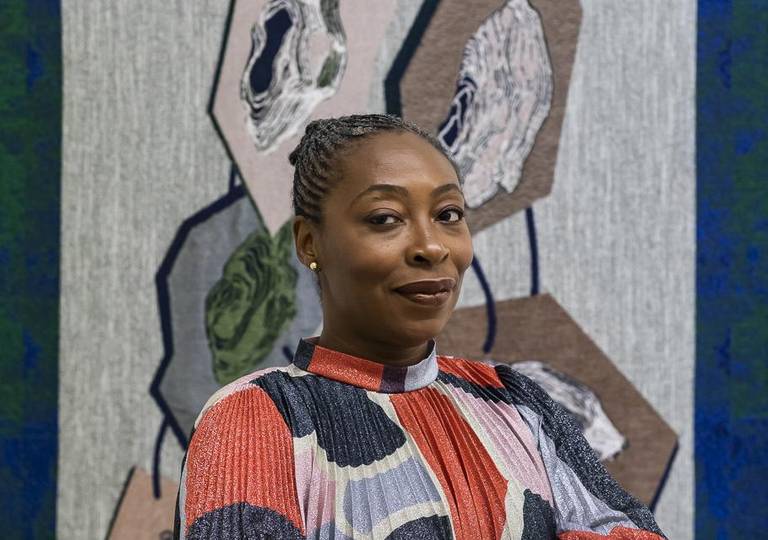 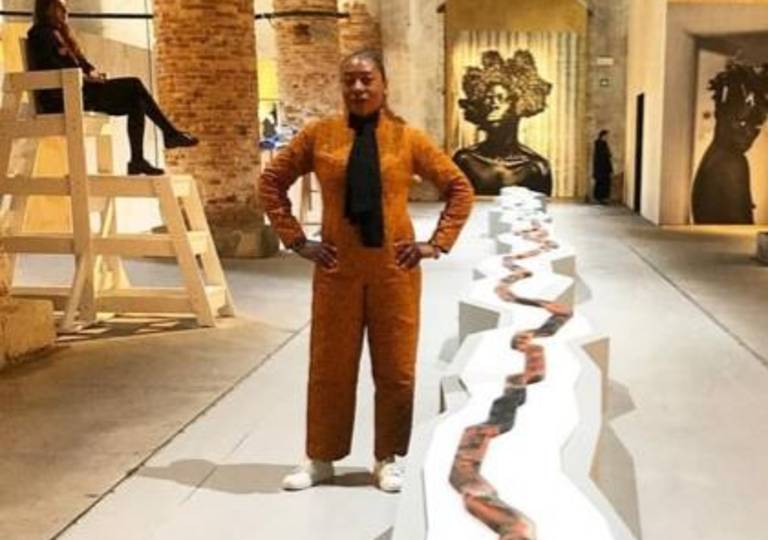