Brief biography of the artist

Born 1964 in Schongau (Upper Bavaria)
Has been involved in art since the mid-eighties.
Since the nineties exclusively with sculpture.
For the past 22 years, he has moved repeatedly to Pietrasanta (Italy), where he has held several assistantships with mainly figurative sculptors.
From 2004 to 2010, Pietrasanta was the centre of his life.
Since 2010 he has been based in his studio in the convent property of Wessobrunn Abbey.
He works mainly abstractly, but also figuratively, in stone, bronze and wood.

The artist about his work

"For about 20 years I have been working on the variation series 'Andromeda'. In an effort to make visible an inner stirring in a field of tension between two poles, which move away from each other, attract or penetrate each other, the first of these forms was created. By changing the points of tension, different aspects are expressed, reduced to the essential, which gives the forms an unobtrusive anonymous presence. In this way, about 100 works were created over time, varying in form, material and size. Up to the concept 'Concrete Idea' and its further development in the competition for the new Federal Environmental Agency in Dessau. In the two performances, ‘Formsachen’ (formalities) and ‘Sculpjazz’, the sculptures are brought into a multimedia context with light, colour and music. Since 2006, the 'incastro project' has developed from this performance, in which these forms, designed as steles, fulfil an astronomical function. The sculptures stand in different places and are aligned in such a way that at the same time the openings in the sculptures are passed by the rays of the sun, so that these places are symbolically connected across all external boundaries.

I have been working on the variation of a male and female abstract torso for about the same time. This project developed into 'between', plus about 20 other interpretations in different materials.

Then there is a series of figurative heads with mostly meditative expression, up to the largest work from this cycle to date, entitled 'Isis'!

For years, however, works have also been created which are based on interesting objects such as standing wood and fossils. Important works from this cycle are, 'Beetle', 'open Secret' and 'the journey’.

Since 2009, the 'passage' series has been created, rock is split and reassembled, channels and chambers are worked into the split surfaces. There is no external processing on the stone."

The "Scala" refers to the founding myth of Wessobrunn Abbey (Upper Bavaria); Duke Tassilo sees a stairway to heaven (Jacob's ladder) in a dream.

Cherub evolved from the "Warrior" series, just as the warriors "subtly hover" when lying down, in an upright position, the cherub is more of a guardian.

The eye of the Ortles / Ortler mountain

The sculpture was realised "on-site" in the botanical garden “Solis” in Malles Venosta (Mals) in spring 2019.
The viewer finds his position via an access mound in order to look at the Ortles (Ortles) mountain through an opening in the sculpture.

Other works by Leonhard Schlögel 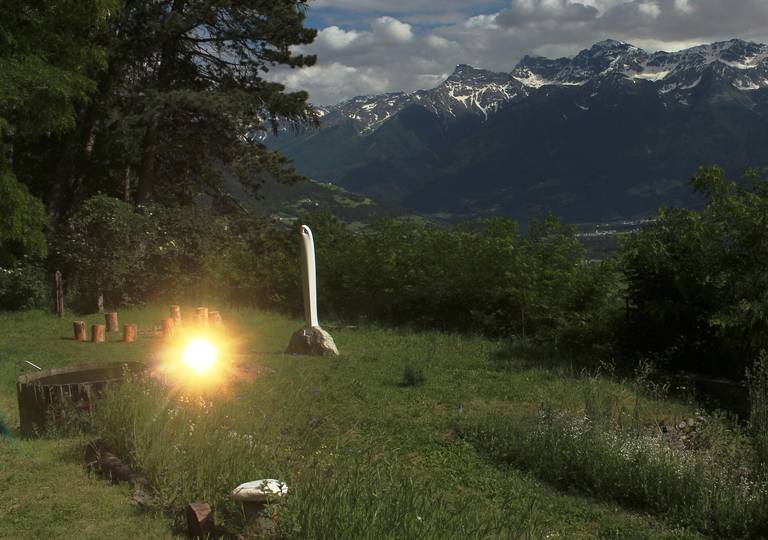 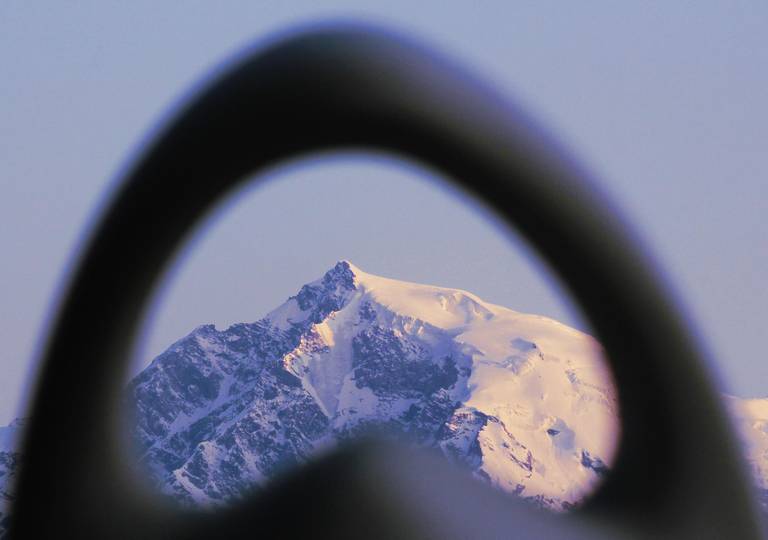 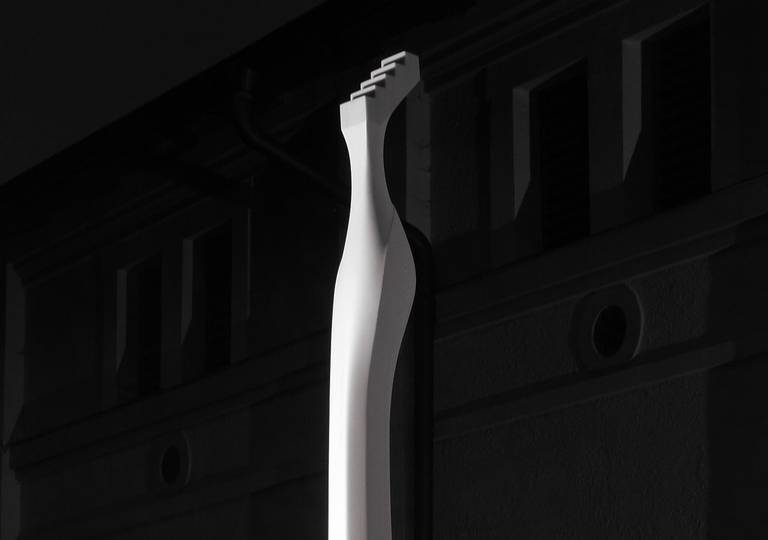 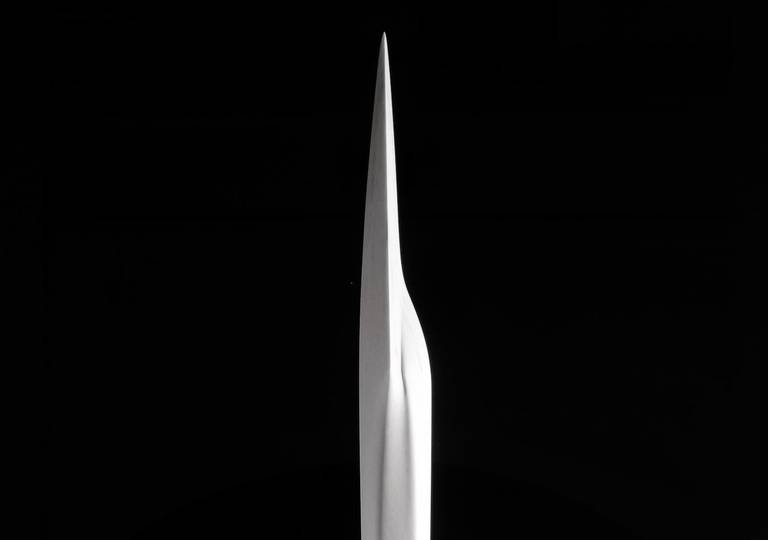 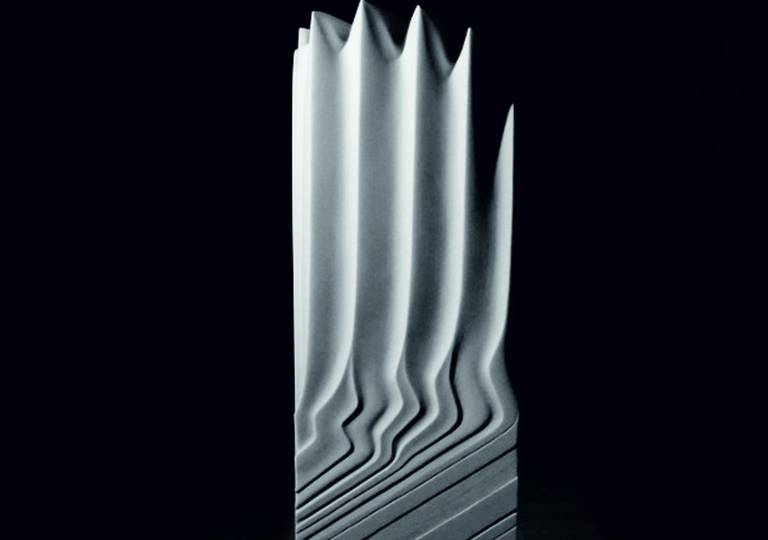 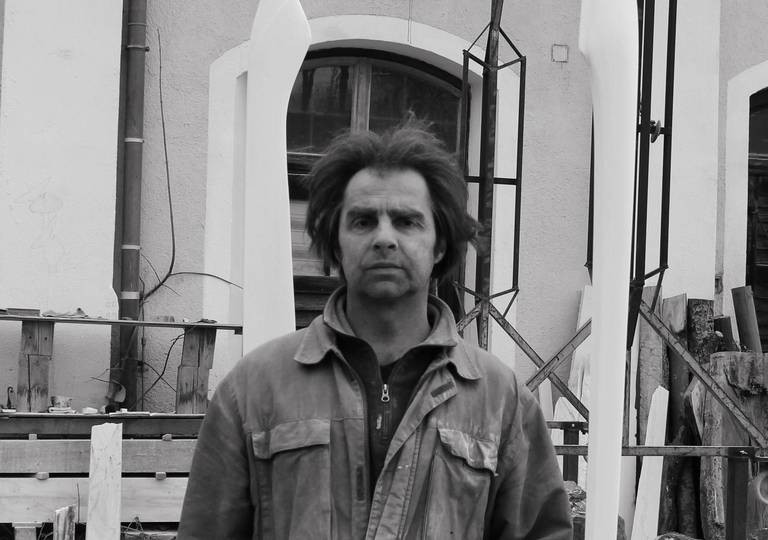