The Nature of the things

A resident of Klosters (Grisons, Switzerland), Bolt, who was born in 1972 in Uster (Canton of Zurich) and holds a professorship at the renowned Florentine Accademia delle Arti del Disegno, appreciates Lasa marble in particular for its homogeneity, resistance and unique internal luminosity. He was commissioned by Lasa Marmo in 2017 to create the monumental sculpture "The nature of things". Featuring an expressive yet classic-figurative language of shape, the powerfully designed male figurine rises from roughly hewn stone. The organic transition from rough rock to the increasingly detailed figure represents both the origin of the stone, which itself is the product of a metamorphic process that has achieved its current geophysical structure over the course of millennia spent under enormous pressure.

Whilst the sculpture in its early stage was scanned and roughly hewn on the basis of a plaster model created by Christian Bolt, the sculptor soon came to intimate grips with the marble stone. "Machines can do a lot", says Bolt reporting on his initial experience with CAD technology, "but, there again, not an awful lot", continues the sculptor.

The impressive manner with which the machine processes the stone in astounding perfection is as much without flaw as it is without soul. Bolt: "Every strike of the chisel is borne of the idea and feeling to merge content, shape and material into a whole with soul. It is extremely important during this process that the soul of the material and the soul of the sculptor touch one another time and again with every artistic move and become ‘as one’ the moment the chisel strikes. This recurring, nearly mystical moment when shape, material, motif and artist ‘become as one’ is manifest not only in the sculpture's title, ‘The nature of things’. Its masterful interplay between expressive flow and an almost tender and respectful demeanour stands as an example of mental and physical human creativity engaged in intimate dialogue with the archaic power of a millennia-old material.”

The monumental statue "The Nature of the things" created by Bolt was exhibited at the Lasa Marmo stand at Marmormac in Verona from 27 September to 30 September 2017.

With the artwork created by Bolt as the sculptural centre of the stand, at this largest and most important European trade fair for the traditional and noble stone, the aim of Lasa Marmo was to present itself in its highest possible naturalness, together with the qualities and particularities of the company. The process of a statue of a powerful human figure about to rise out of the marble is emblematic of the power, character and inward reflection which are also stored in the special qualities of Lasa Marmo, such as its strength, durability and character. Authenticity and character are completely in the nature of things and these qualities were staged at the stand in a unique world of experience. With the artistic concept of "The Nature of the things", Lasa Marmo showed independence in a very natural way.

The visitor could feel the material

Part of Christian Bolt's artistic concept was also a barefoot path around the installation. Touching the sculpture, which was created on a scale of 1:3, but also the various types of marble on display from Lasa Marmo, as well as the surfaces resulting from the various processing techniques was expressly intended and permitted to be experienced. 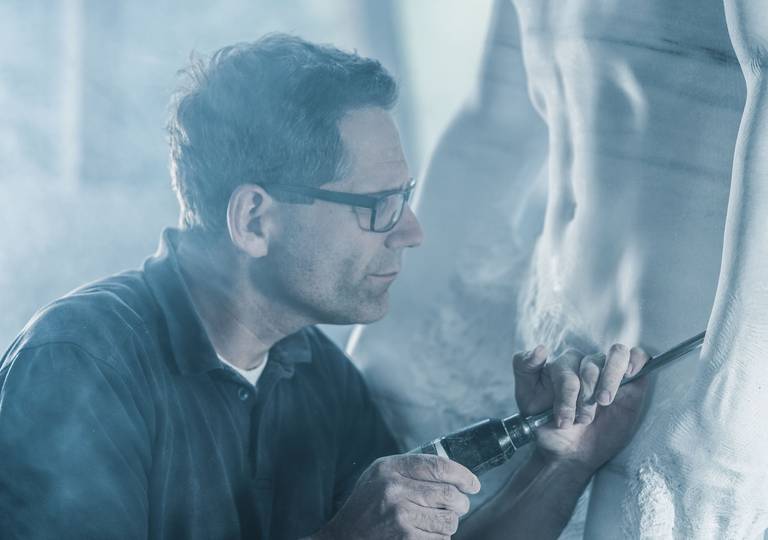 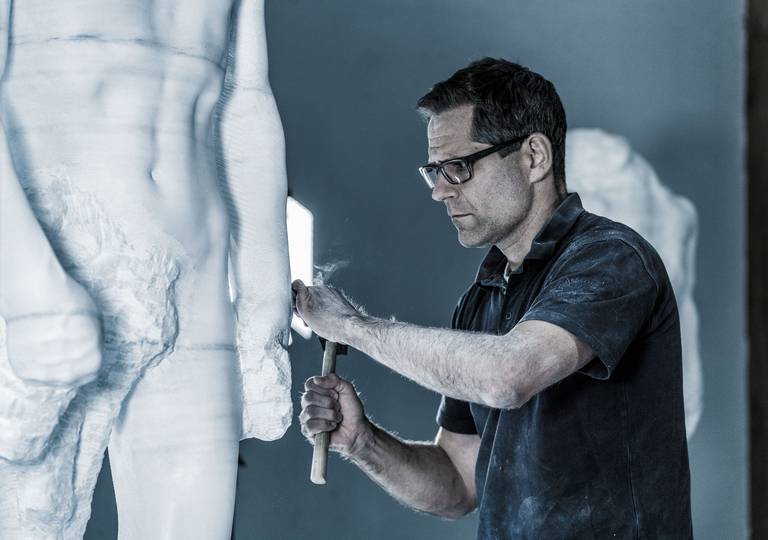 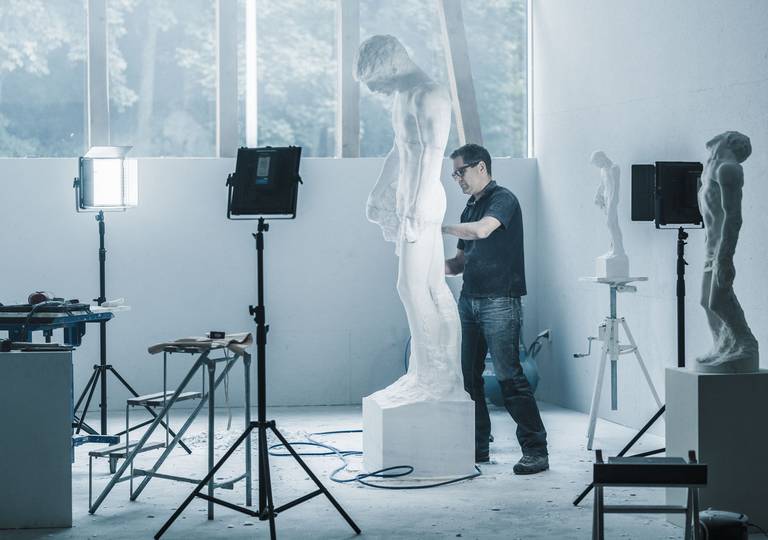 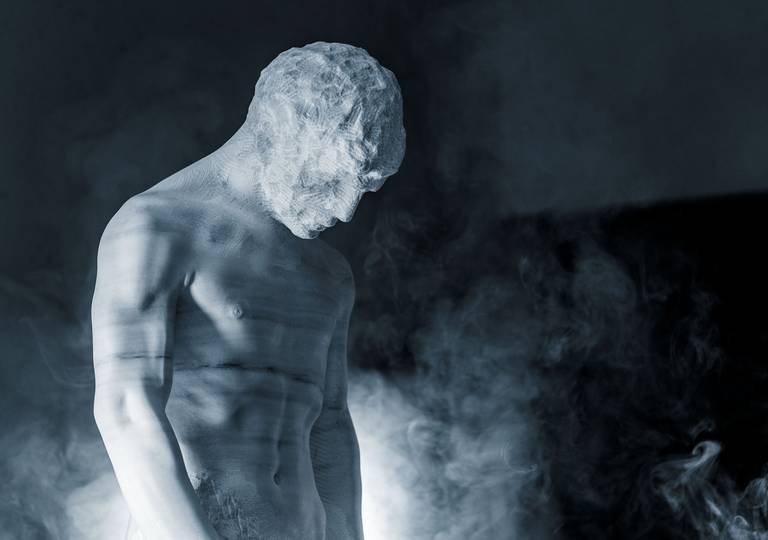 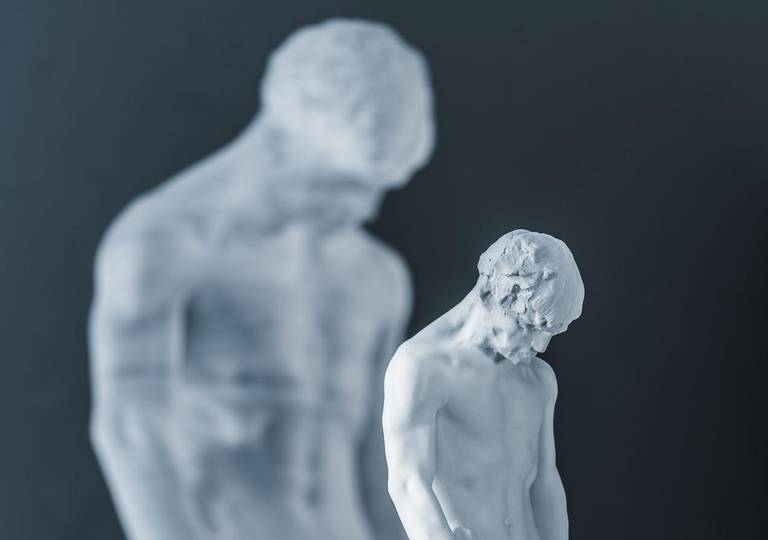 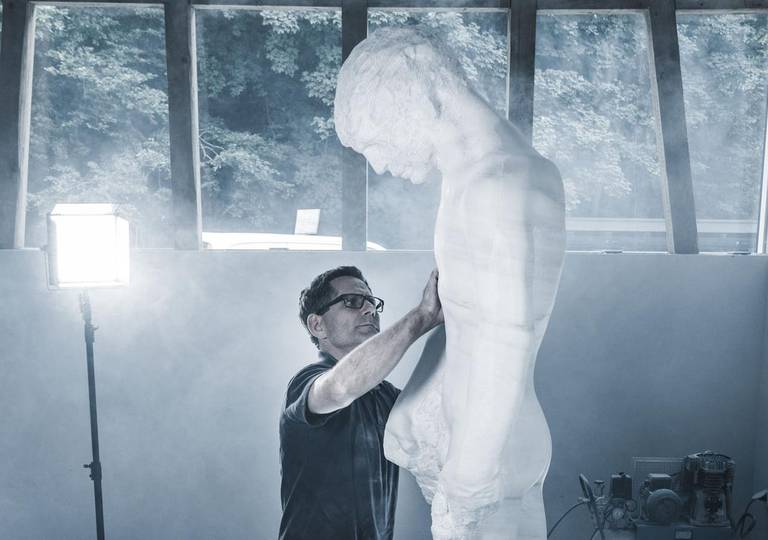 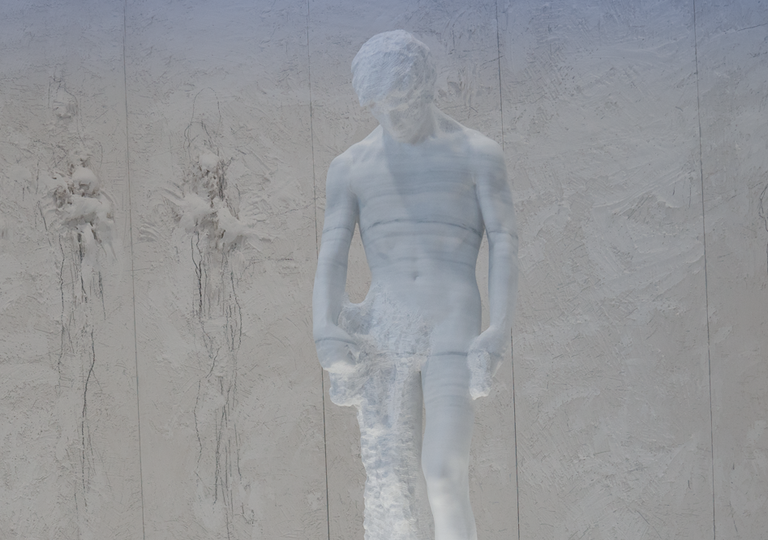