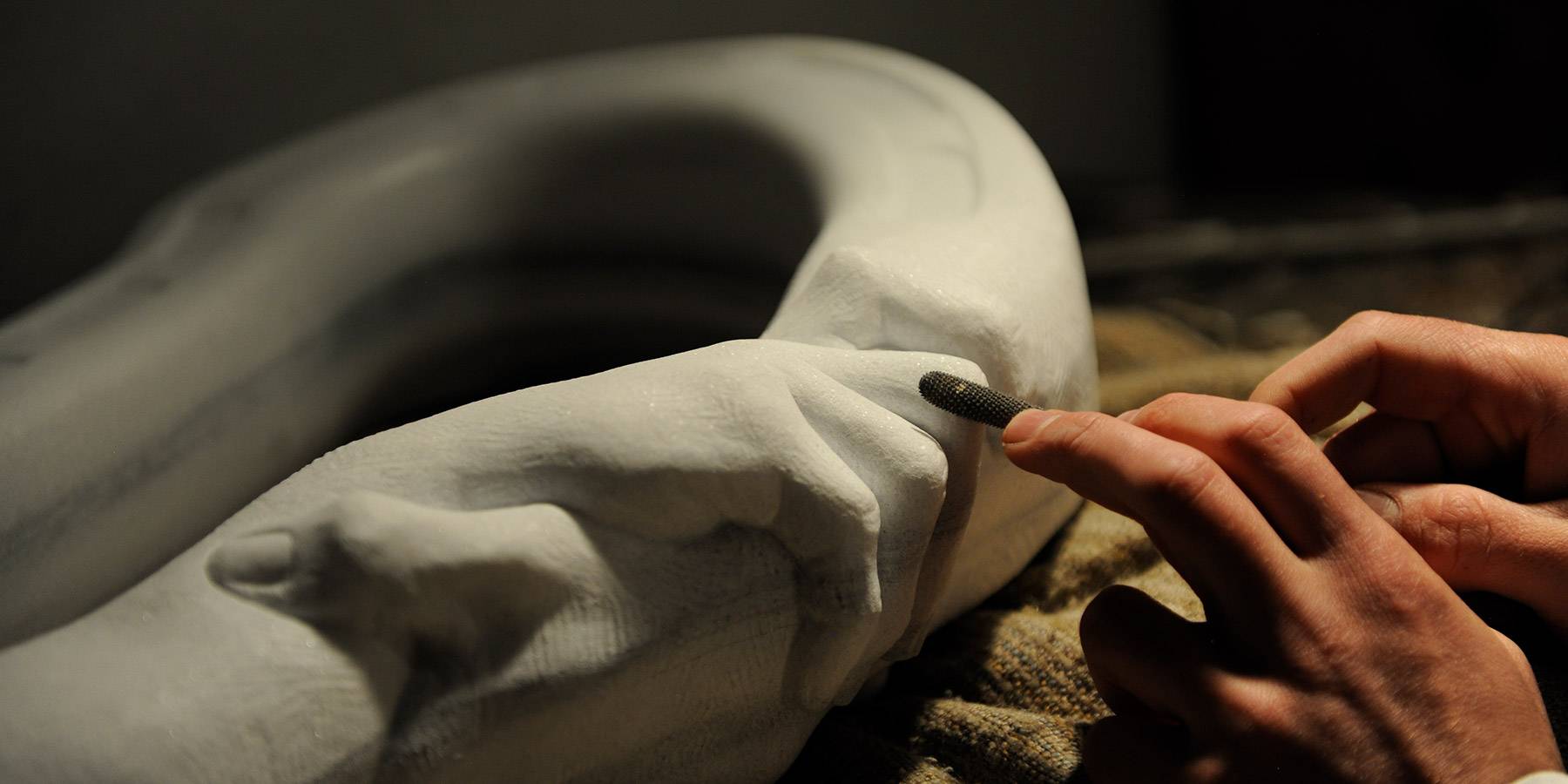 The sculptor and stonemason Elias Wallnöfer, who was born in Lasa (Laas), has made a karabiner (spring hook) in an XXL format out of LASA VENATO CEVEDALE™®. Wallnöfer created the work as a gift from the Alpenverein Südtirol (AVS) for the 150th anniversary of the German Alpine Club (DAV). The masterpiece will be presented by the AVS on the 25th of October, 2019 in Munich on the occasion of the anniversary celebration of the DAV as a sign of solidarity in the Alpine Club.

There is probably no better symbol than a karabiner, which stands for safety and solidarity among enthusiasts of mountain climbing sport and thus also in modern alpinism. The Lasa (Laas) artist has consciously created this oversized aid, created from Lasa marble, as a strong sign of cohesion and mutual trust. The work of art gets a special touch because the clasp of the karabiner is depicted as two interlocking hands.

For the artist, the hands holding each other symbolize human warmth and safety. The choice of Lasa marble is also deliberate, and not only because the artist, Elias Wallnöfer, is a local from Lasa (Laas). For the artist, the durability of the material stands as a symbol of permanent unity. The artist also feels that the special radiant brilliance of the crystalline structure, which lends the Lasa marble a special characteristic, is also an expression of the solidarity in joy. In this sense, as Albert Platter, AVS board member from Lasa (Laas) also emphasized during the presentation of the work of art at the 150th anniversary celebration of the Alpenverein Südtirol, the artist has succeeded excellently in symbolically expressing the decades-long bond between the German and the South Tyrolean Alpine Association with this work.

The sculptor himself is also regarded as a young up-and-coming artist far beyond his home community. Elias Wallnöfer (28) attended the marble school in Lasa (Laas) and qualified for two apprenticeship certificates over a period of four years: as a stonemason and as a sculptor. He then spent a year working as a stonemason in Australia.

On display at the trade fair Marmomac 2019

His works have already been shown in exhibitions in Lasa (Laas), Bolzano (Bozen) and Silandro (Schlanders). However, before the "Marble Karabiner" is presented to the DAV as a gift from the Alpenverein Südtirol, Wallnöfer's work of art will be on display at the Lasa Marmo stand (Hall 6, Stand E7) in Verona from 25 to 28 September 2019 as part of the 54th edition of the international trade fair "Marmomac". The exhibition brings together numerous special features of this work of art: the karabiner as a symbol of the solidarity of mountain enthusiasts, the karabiner as a symbol of sustainability, especially as the Lasa marble comes from the Stelvio National Park and the Alpine Association also stands for the protection of the Alps. Finally, Lasa Marmo is a Lasa (Laas) company and Elias Wallnöfer a Lasa (Laas) artist, who took the stone out of the mountain and gave it expressiveness and life through his sculptural adaptation. 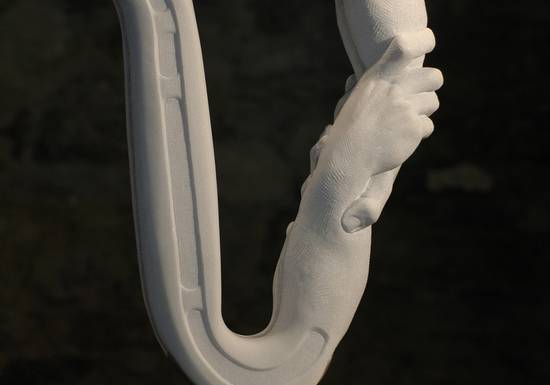 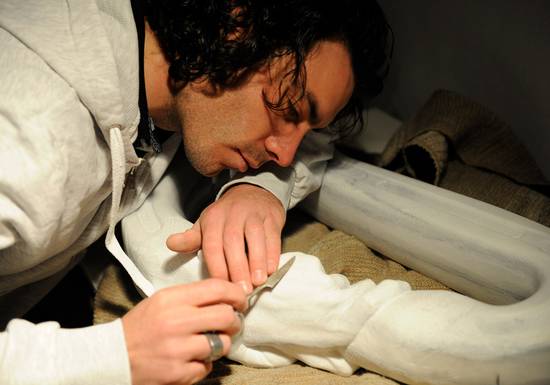 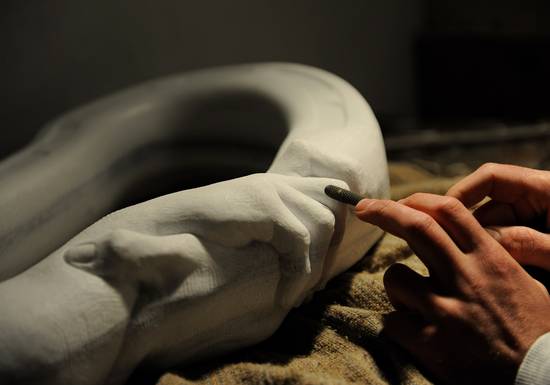 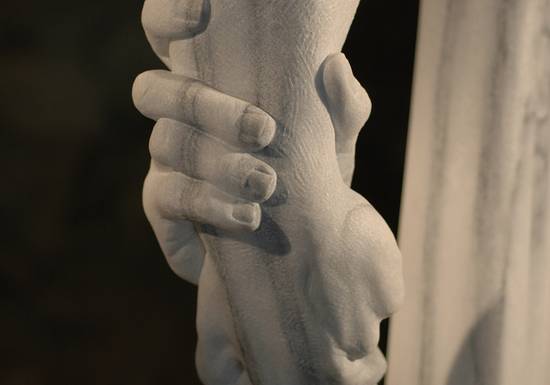