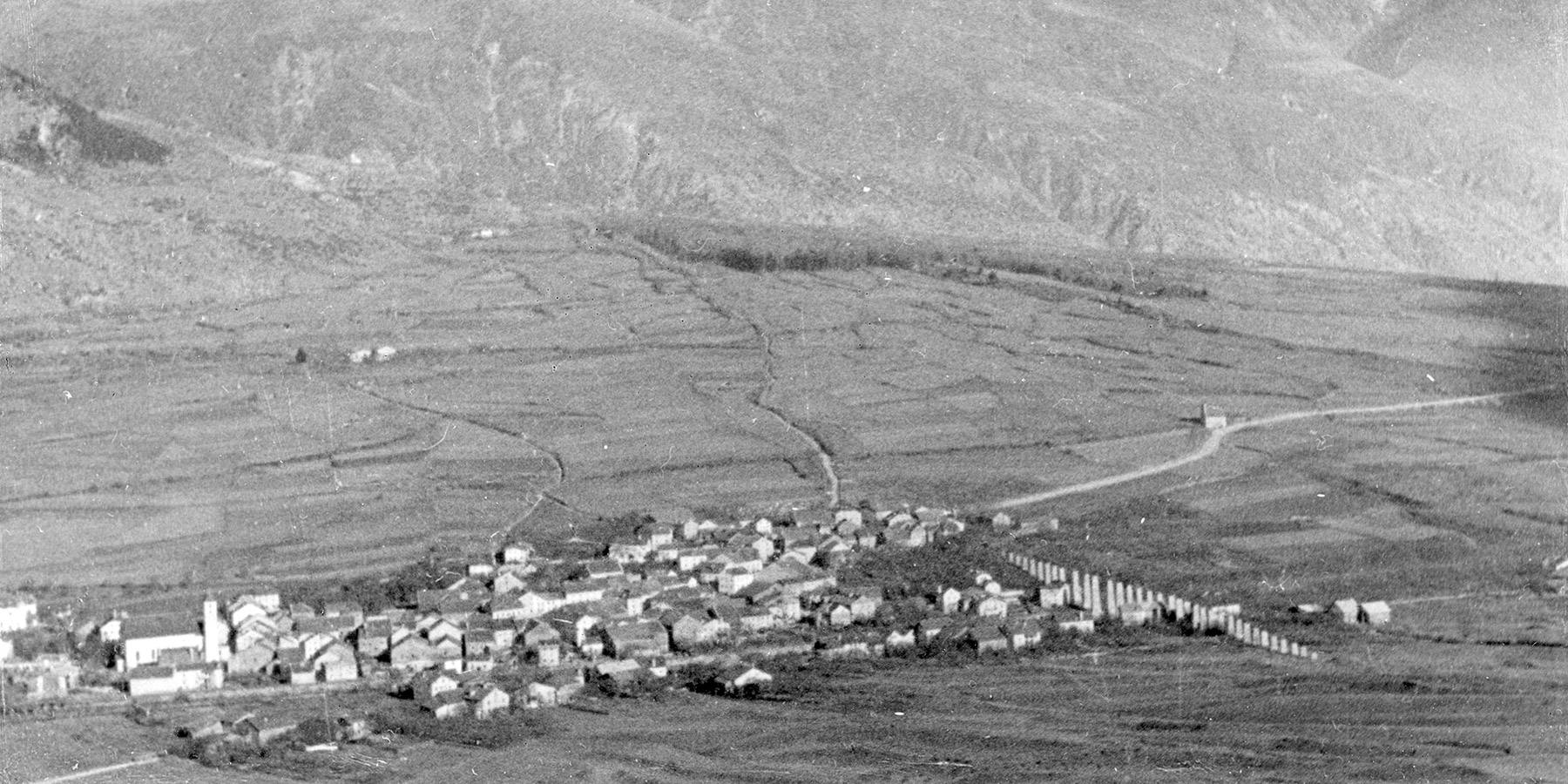 The village Laas (German term) was first mentioned in documents in 1209 as 'Laz'. The origin of the name is undetermined. A possible explanation is the affiliation to a pre-Romanic description for stones, broken stone moraine or rock waste cone. Other sources suppose that the Indo-Germanic root 'les', which means 'decrease, become tired' is at the basis of the village’s name. After the steep gain over the huge Gadria rock waste cone, the incline suddenly becomes less. In 1873, on the occasion of the world exhibition in Vienna, Johannes Steinhäuser, who founded the first marble processing company, namely "Laaser Marmorwerke" , introduced the trade name 'Laas Marble' (Laaser Marmor). Today’s official village name Lasa was however introduced as a fancy name on the part of the new powers in 1923, after South Tyrol had been integrated to Italy. According to today’s state of knowledge, the new Italian village name Lasa was derived from the "Laasa Marmorbruchbetrieb in Laas (Tirol)" Laasa marble quarry company in Laas [Tyrol]), which was founded by Mathias Gasteiger in 1912. The Munich artist and entrepreneur took over the tenancy of the White Water Quarry in the Lasa Valley (Laaser Tal) in 1921, and founded the 'Laasa Marmorindustriegesellschaft m.b.H' (Laasa marble industrial company Ltd.) in 1925. Gasteiger helped find investors for the local marble industry, who in 1928 created the marble large firm of the Venosta Valley (Vinschgau), which is still existing today.

A tradition was taken up as the 'Professional School for Stone Working' was reopened in the scholastic year 1982/83. The 'k.k. Fachschule für Steinbearbeitung' (Imperial and Royal Professional School for Stone Working) has already been in service at Laas (Lasa) from 1879 to 1911. The again founded professional school, which imparts knowledge in both theory and practice regarding the technique of stone working, runs as a full-time school. The apprenticeship lasts three years and is open for young people from South Tyrol as well as from abroad (since 1985). After their successful completion of the program, the graduates receive a diploma, which entitles the graduate to take the trade test (in German: Gesellenprüfung). The trade test makes it possible to practice the stonemason trade or serves as a springboard for sculptors. Therefore, Lasa (Laas) is not only the center of industrial marble quarrying but also of artistic handling of the White Gold.