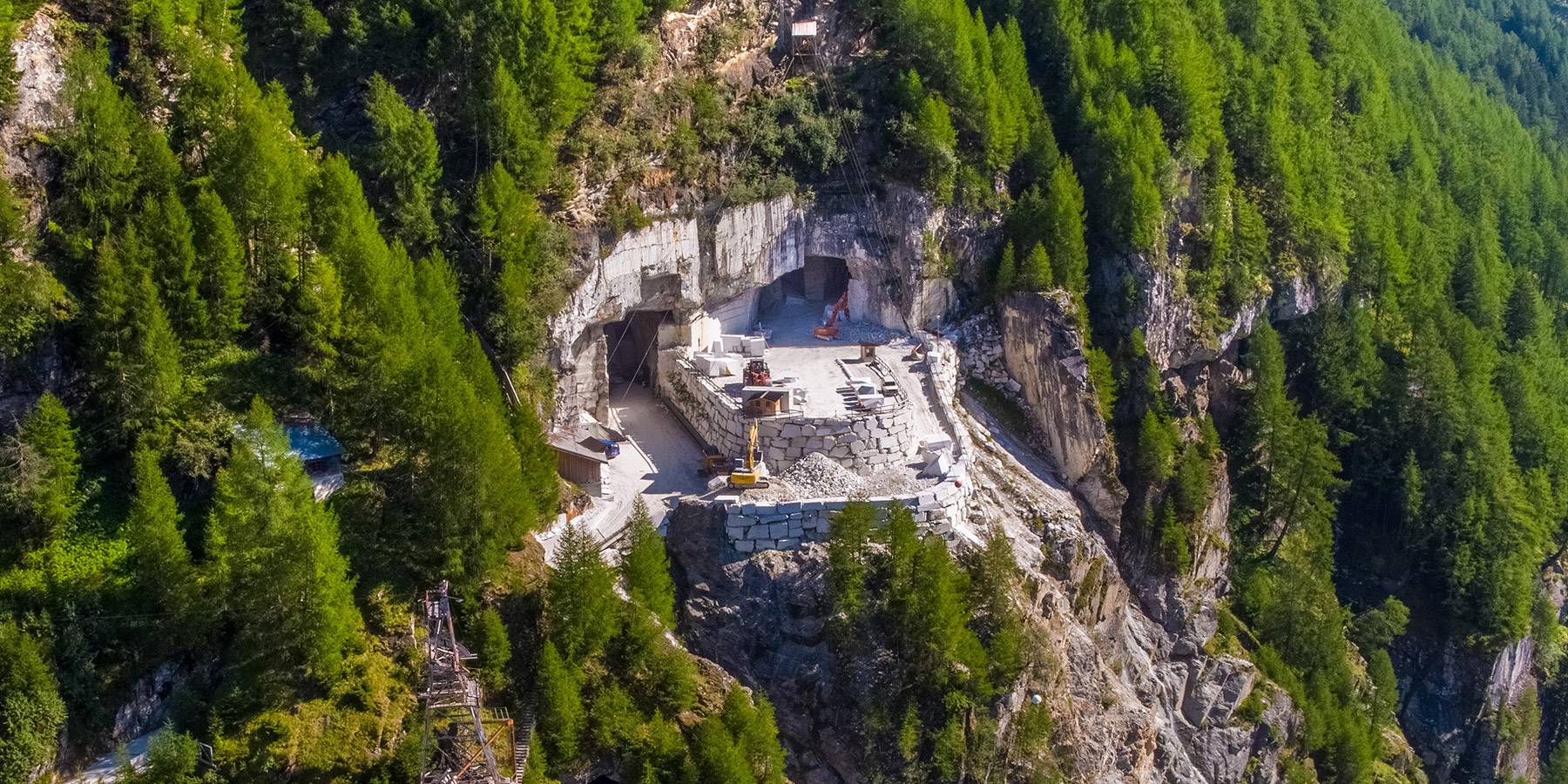 The marble massif in the Lasa Valley (Laaser Tal) which Lasa Marmo uses, rises along the northeast fold flank of the Ortles Group (Ortlerguppe), about 40 km west of the city Merano (Meran), within the municipal area of Lasa (Laas) in the Venosta Valley (Laaser Tal). The limestone which sedimented 400 million years ago in the north of Africa was transformed by overburden pressure and temperatures of up to 600 degrees Celsius into white, metamorphic marble and during the Variscan orogeny (mountain making) shifted to the area of Lasa (Laas). The entire marble deposit of the so-called Laas Unit, which describes very large pure white inclusions of marble, is estimated to 500 million cubic meter.

Hand in hand with nature and the local population

It is a declared goal of Lasa Marmo Ltd. to preserve and redevelop the Marble Railway, which is more than 80 years old and is still operating with its original parts, as the transport structure for the white natural stone. As a company, we take account of the fact that our quarry zones are located in an ecologically highly sensitive area of Stelvio National Park (Nationalpark Stilfserjoch), which was founded in 1935. Our project to win the white Lasa Marble in keeping with the ecosystem of the national park is not just an empty claim – the new owners of Lasa Marmo Ltd. have proved this in 2007 already, with the field mapping of the ground surface in the Lasa Valley (Laaser Tal).

The marble from the Lasa valley

It is easy to see why the eastern part of the romantic Lasa valley (Laaser Tal) is also known as the “marble mountains” and it seems that the four hundred million year old deposits will go on forever. Long before marble was quarried on a large scale here, local people hauled blocks of it down into the valley and collected what fell down the side of the Jenn mountain (Jennwand-Ries) of its own accord. It is not known for sure how long this kind of activity continued but we find crude marble blocks and sheets used for the construction of various Romanesque churches with their statues and portal entrance arches as well as door arches from the VIII and IX centuries and even earlier boundary stones and menhir dating from the Neolithic and pre-Christian eras. Over 100 years ago pioneers opened the quarries in the Lasa Valley (Laaser Tal). To this day the White Water Quarry remains the area’s main source of marble.