White and green are the colours that you encounter at every turn in a hospital. In the new regional hospital of Merano (Meran), these colours, which are assigned to doctors and surgeons, have been implemented in the complete design of the exterior façades. Completed in June 1996 after 25 years of planning and construction, the building complex consists of a flat, terraced structure for outpatient clinics and operating theatres, flanked by two bed towers to the south and west. Despite the size of the building volume of 290,500 m³, the low building and the two bed towers appear friendly and inviting, also thanks to the extensive use of Lasa marble for all facade cladding. With the exception of the entrance area, which was clad with Lasa marble of the LASA BIANCO ORTLES™® quality, there are LASA BIANCO NUVOLATO™® slabs on the façades of the rest of the building. All the façade panels were sanded.

From an architectural point of view and in terms of construction volume, the new Merano (Meran) regional hospital is a building of superlatives. Planning for the extension of the hospital began as early as 1974. The work was delayed. With the commissioning of the architecture office Novotny & Mähner from Offenbach (Germany) in 1989, the construction could be realized according to the plans of the architect Franz Prey. Not only the colour scheme and interior design of the rooms and facilities are based on a coherent concept, but also the design of the exterior façade. The brilliant white of the Lasa marble façades is complemented by green balcony bracing with applications of Lasa marble, which as a modern interpretation ties in with the Art Nouveau image of the city. A special jewel is the main entrance area, whose façades are completely clad in brilliant white LASA BIANCO ORTLES™®. Visitors and patients enter a strikingly prominent porch, which gives the impression of entering a 5-star hotel rather than a hospital. However, this effect is intended by the architect and is reminiscent of the sophisticated significance of the spa town of Merano (Meran). The new Merano (Meran) hospital was named in honour of the famous Merano (Meran) spa doctor Franz Tappeiner, who was born in Laas (Lasa) in 1816, which also opens up further references to Lasa (Laas) and the Lasa marble. 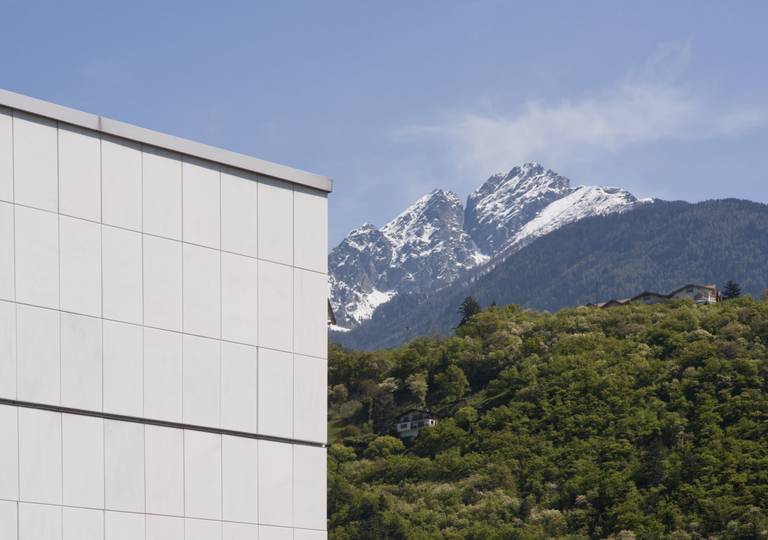 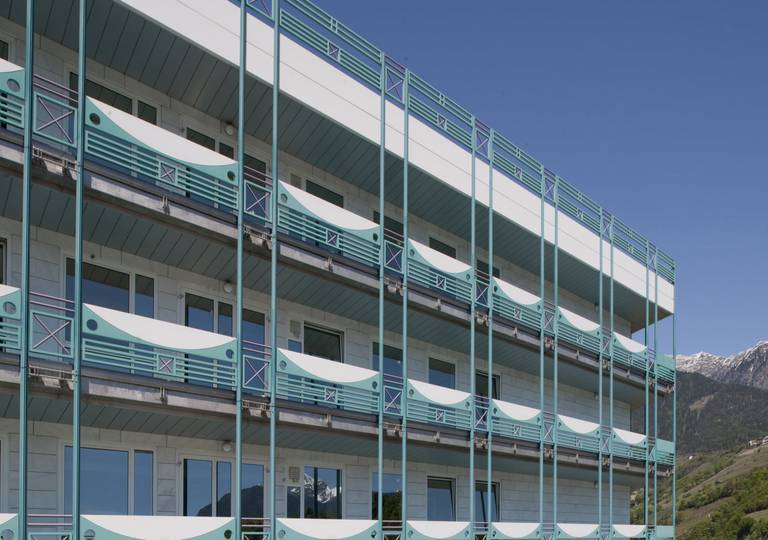 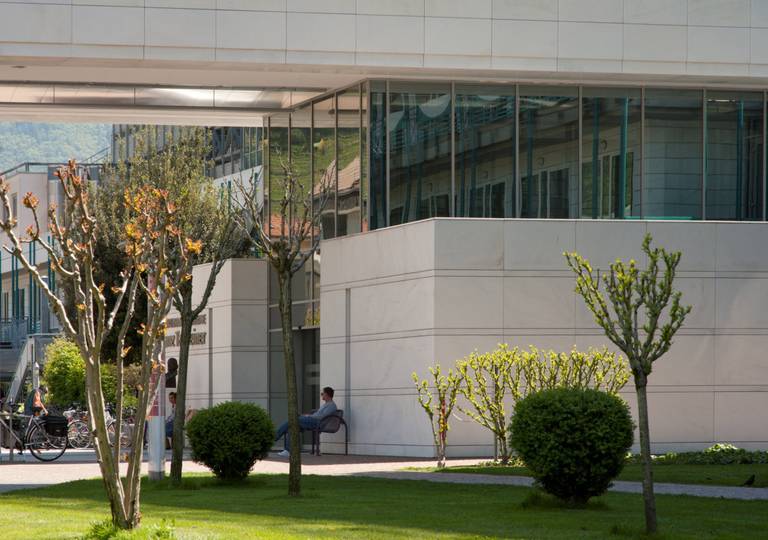