Lasa marble and porphyry, as natural stones belonging to the territory, underlines the public character of the office and administrative building

From 1997 to 2001 a new government and administrative building of the Autonomous Province of Bolzano (Bozen) was constructed opposite the main railway station of Bolzano (Bozen). The “Palazzo Provinciale II” or in German "Landhaus II" comprises a newly created multi-storey office and administration building with a construction volume of 37,332 cubic metres. The overall planner and site manager, the renowned South Tyrolean architect Oswald Zöggeler, envisaged the use of two natural stones typical of the region for the cladding of the outer façade. In the lower area, white Lasa marble of the commercial variety LASA VENATO CEVEDALE® was used.

Set at a height of 6 metres around the entire structure, large-area façade panels in LASA VENATO CEVEDALE® with their characteristic linear, striped bluish or greyish-blue multiple veins, refined in the Lasa Marble Works, and thus a continuous linear façade pattern, emphasise the public character of this area with a cafeteria, an exhibition room and a lecture hall. From the 2nd floor upwards, red porphyry refers to the characteristic rock that typifies the landscape of the Bozen basin and is architecturally in harmony with the neighbouring Bozen railway station building. The office windows are cut into the façades according to a regular grid. Laser marble was also used for the interior construction. The stairs were designed in the LASA BIANCO NUVOLATO® variety.

The new Palazzo Provinciale II at the station square in Bolzano (Bozen) is designed in accordance with the original town planning. Until around the middle of the 19th century, squares in front of a railway station often had the shape of a semicircle with the centre point exactly at the station entrance, from which the streets led into the city in a star shape. This was also the case in Bozen. The curved façade of the Hotel "Viktoria", which was demolished in the 1960s, gave the station square its structure. For 30 years after its demolition, an urbanistic hole, an asphalted parking lot, gaped between the station building and the South Tyrolean government district. With the construction of the new Palazzo Provinciale II, an attempt was made to close off the square with appropriate building volume and to give it a sense of space, with new radial connections being created. Two new axes lead as public pedestrian corridors through the building from the station square directly to the entrance of Palazzo Provinciale I and the “Landtag” building (South Tyrolean Parliament building) behind it. These passages are also flanked by 6-metre high walls made of LASA VENATO CEVEDALE®. The urbanistic role is also reflected in the interior of the building: the two inner courtyards are laid out along the radial axes. The inner access is provided by a staircase made of LASA BIANCO NUVOLATO®, which winds up in a semicircle along a cut cone that opens upwards. 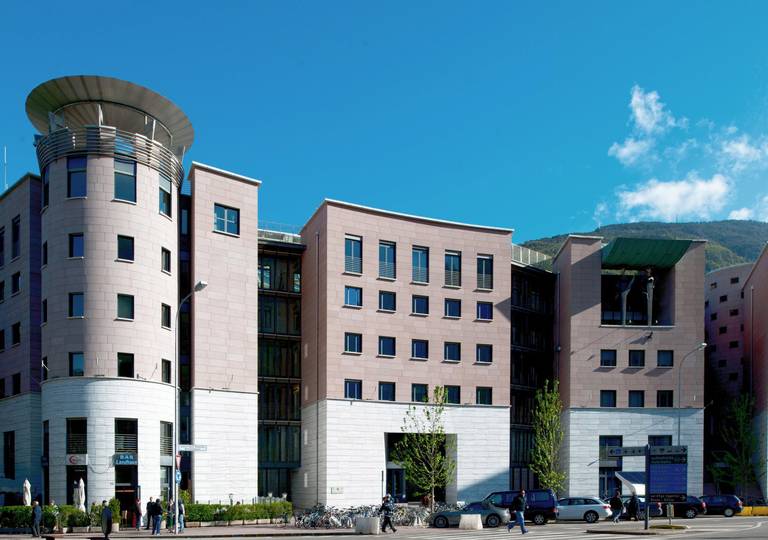 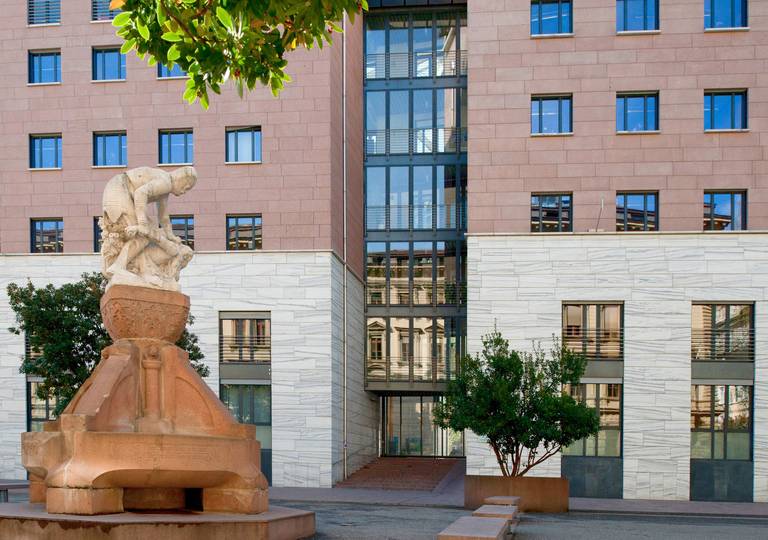 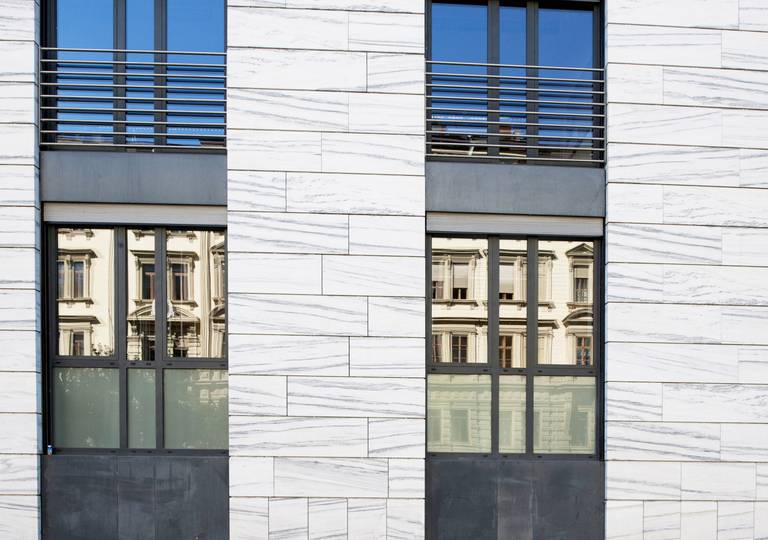 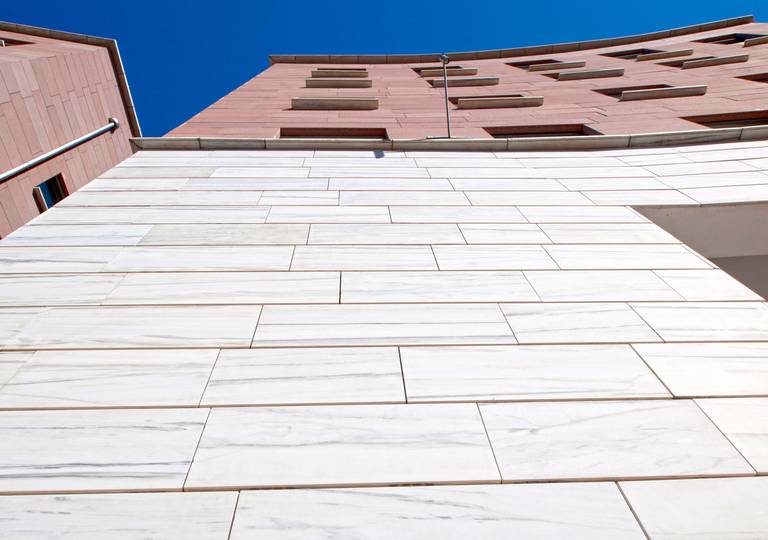