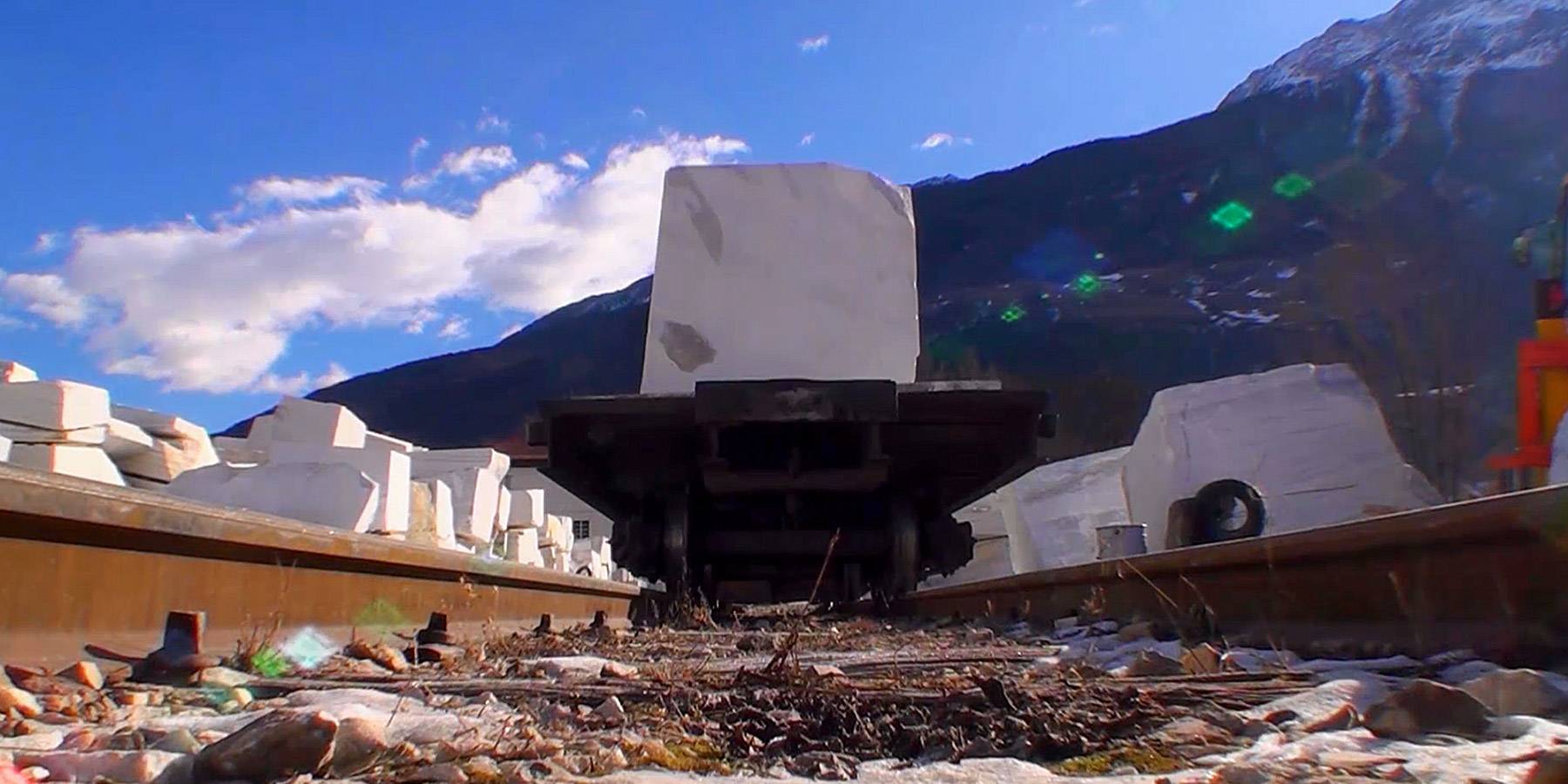 Under billions of tons of rock on the north-eastern side of the South Tyrolean Ortler Group in northern Italy, there’s an immense deposit of the purest marble in the so called Jennwand mountain. It is the greatest deposit of white marble on our planet. Its name: Lasa marble. Driven by the fascination of winning and refining the “white gold” bold pioneers dug tunnels into the mountain over 130 years ago. At the end of the 19th century the visionary marble pioneer Josef Lechner established a new mining industry in the small village Laas (Lasa). Since then Lasa marble was exported all over the world. Ever since the white Lasa marble is a symbol of hope and unbroken belief in life. In 2011, the New York Port Authority decided to decorate the new underground station at Ground Zero with Lasa marble. This is one of the most important commissions in the history of the Lasa marble industry. Around 70,000 parts (over 4,000 tons) were shipped overseas in over 300 containers. 40,000 square meters of wall and floor coverings were processed. Thus, even in one of the most dramatic sites in recent history, beauty and grace will blossom trying to defeat the destructive power it witnessed.
Corporate Movie for Lasa Marmo Ltd. (2014) - Powerstation Studios (Klemens Werner), Germany