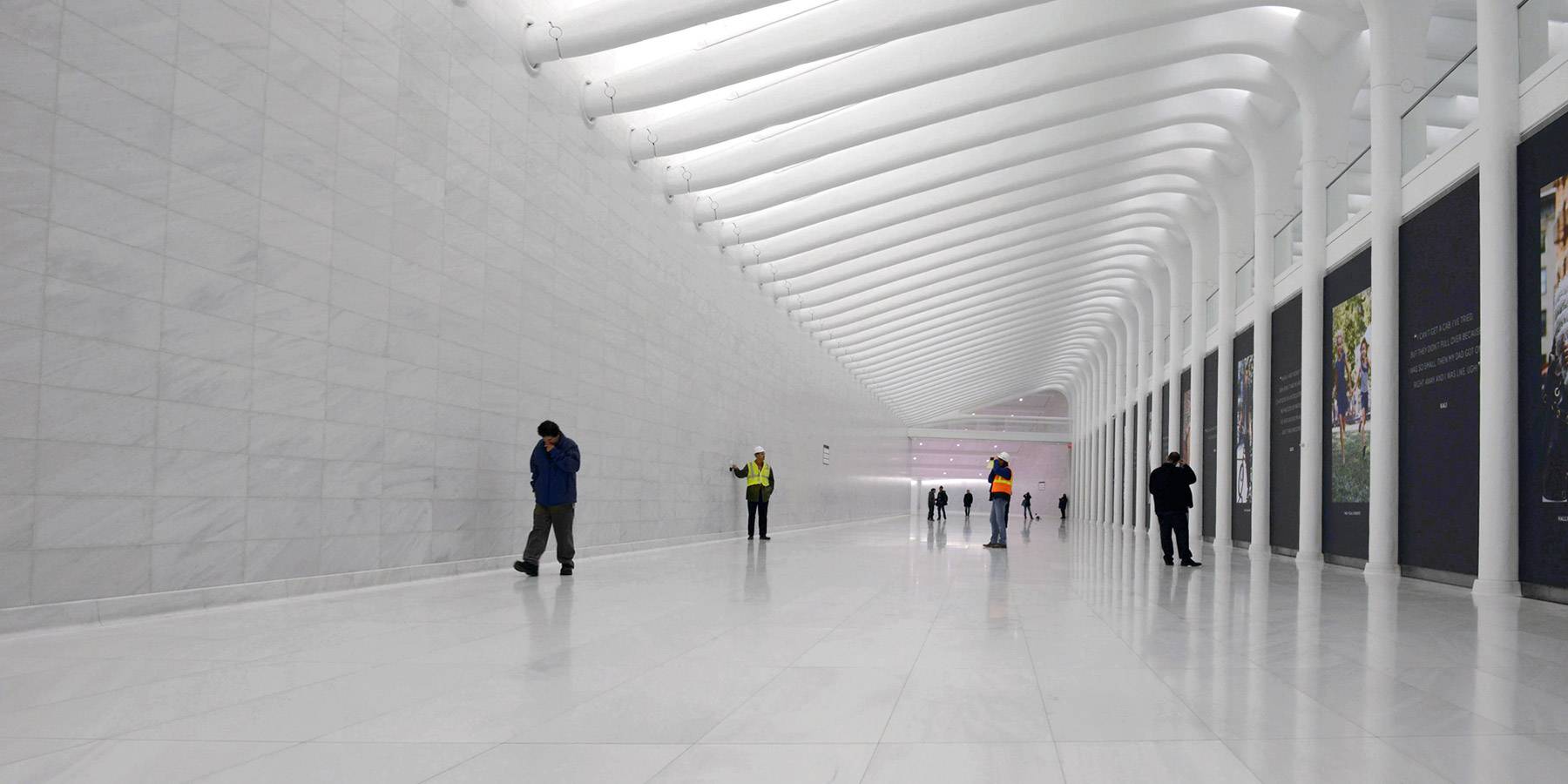 15 years have passed since terrorists have crashed two hijacked airplanes into the Twin Towers of the World Trade Center. 2753 people were killed after first the South Tower, and half an hour later the North Tower collapsed.

When you are free to build something new out of debris, the ashes become glow and the withered branch becomes a blooming arm.

Santiago Calatrava, a Spanish-Swiss architect, construction engineer and artist (born in 1951) has a preference for building bridges, for futuristic artifacts but also for buildings symbolizing animals. In 2004, he won the tender for the redevelopment of the WTC Port Authority Trans-Hudson (PATH) Station, a connecting station and New York’s third largest transport nodal point, which is situated below the former Twin Towers. Calatrava send his people to Europe, more precisely to the White Water Quarry at Lasa, to search for that very marble, which in his imagination should embody the internal main element, in the lap of the project.

After tough negotiation with Lasa Marmo’s Chief Executive Officer, the Swiss Dr. Paul Graf and his consultants, an agreement was reached and a 100 pages long contract about supplying the White Gold to America was set up.

Now, the Lasa management board began to organize and to delegate to the responsible employees, to conscientiously select the stone, to read the complex plans, to implement on the stone, supervisors began to work and examine on site, and finally also packing and containerization began. The first shipment was carried out on May 2, 2012. Within the next four years, additional 154 containers should follow. By this, about 40.000 square meter of Lasa Marble type Lasa Bianco Nuvolato reached the overseas.

However, Calatrava’s project was dragging on. So much that the delay was reflected in an explosion of cost and Calatrava earned quite some criticism in America. In the end, the harbor authority as customer had to pay 4 billion dollars but also defended themselves: "It is a legacy, a moral commitment."

And Calatrava can adorn himself with having created the world’s most expensive train station.

On March 3, 2016, the day had finally arrived. The Oculus – which is the name of the elliptical-shaped convexity at ground level of the peace dove – shines in white splendor, in Lasa Marble splendor.

During my research work I have come across photos of the Oculus on Calatrava’s homepage – photos which show people lying on the floor. People who look into the sky and take selfies. How fascinating can an underground station be to people, so that they decide to lie down on the white floor panels?

It is because of the natural daylight streaming into the Oculus through the ridge-shaped construction which is resembling a peace dove. This is unique, and this is how a train station – actually a necessity for the daily commuters and travelers – becomes a sight at the same time, free of charge. Probably more visited on sunny days than on cloudy ones.

Calatrava called his project breathtaking, I referred to it as taking a deep breath from the inside. Shining, intertwined, complex, soaring, peaceful, calm.

Calatrava said in an interview: "I would like to build a train station at which also my mother can easily and comfortably find the way."

If he succeeded in doing so, the employees of Lasa Marmo can soon find it out themselves, when they will fly to New York in fall. A promise that the corporate management honored to their employees.

Besides the floor panels, also wall tiles, concave fillet skirting, solid treads, wall coverings, and other special type parts were supplied. In total, these are more than 70.000 different parts with a weight of about 3.000 tons on which more than 100.000 people will rush on a daily basis. The order to Lasa Marmo costed the harbor authority about 20 million dollars.

In close collaboration with the local company Vermont Structural Slate Company, one could assure oneself through several on-site inspections, that the Lasa Marble was professionally laid and joint.

To meet the delivered quantity in respects of time, the production capacity was increased and new employees were hired. Furthermore, a partner company in Carrara supported the extensive production.

Apart from the advertising effect that such a major order brings along, the order completion also guarantees the continued existence of the workplaces as well as an economic revival – things that nowadays cannot be taken for granted.

Download here the full article in German language as PDF... 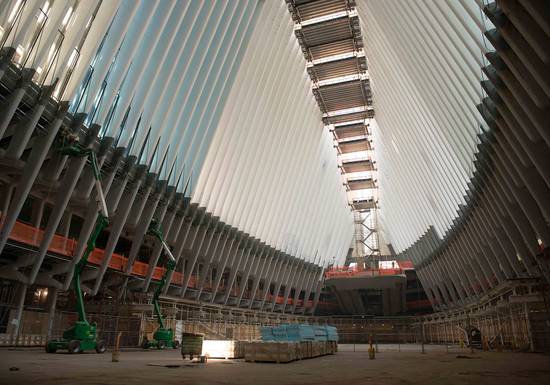 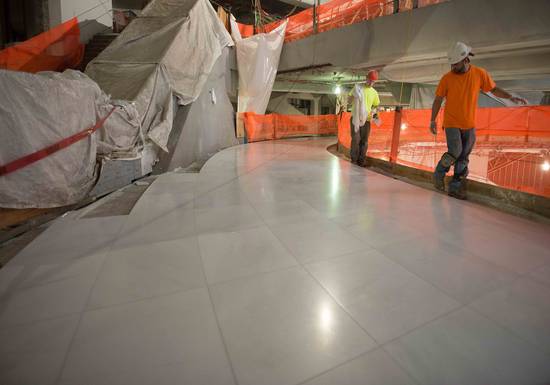 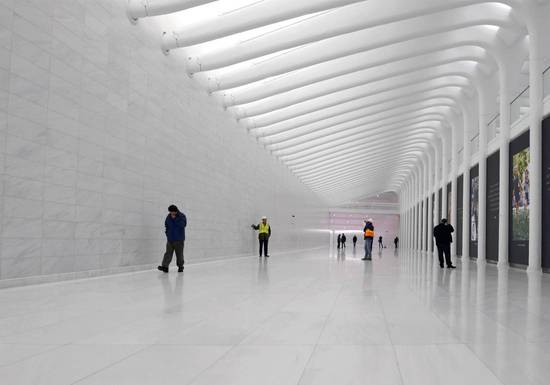 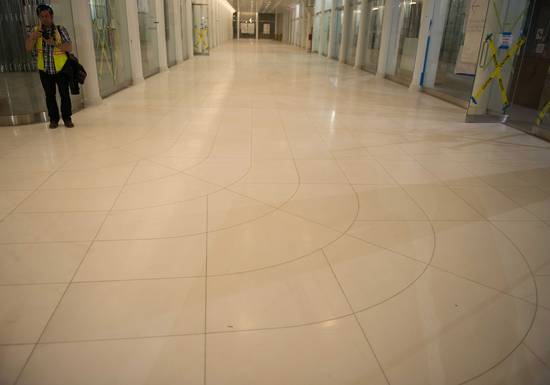 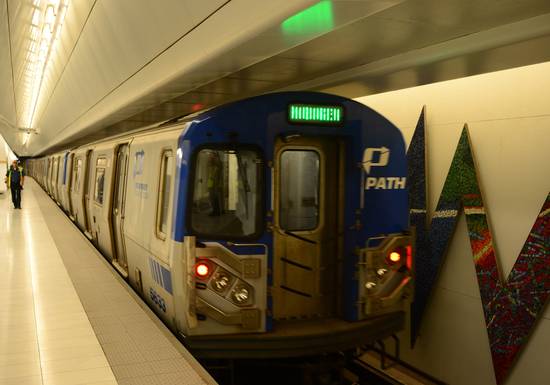 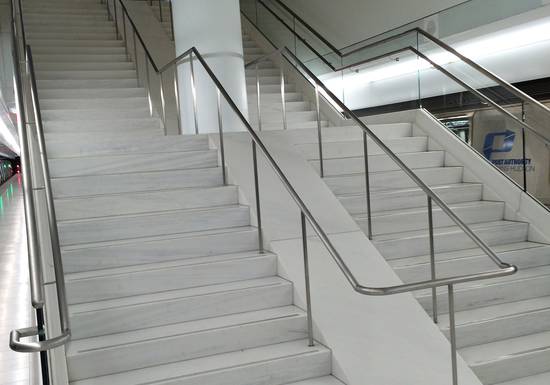 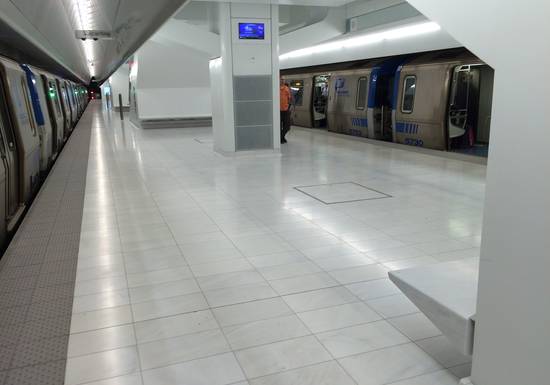