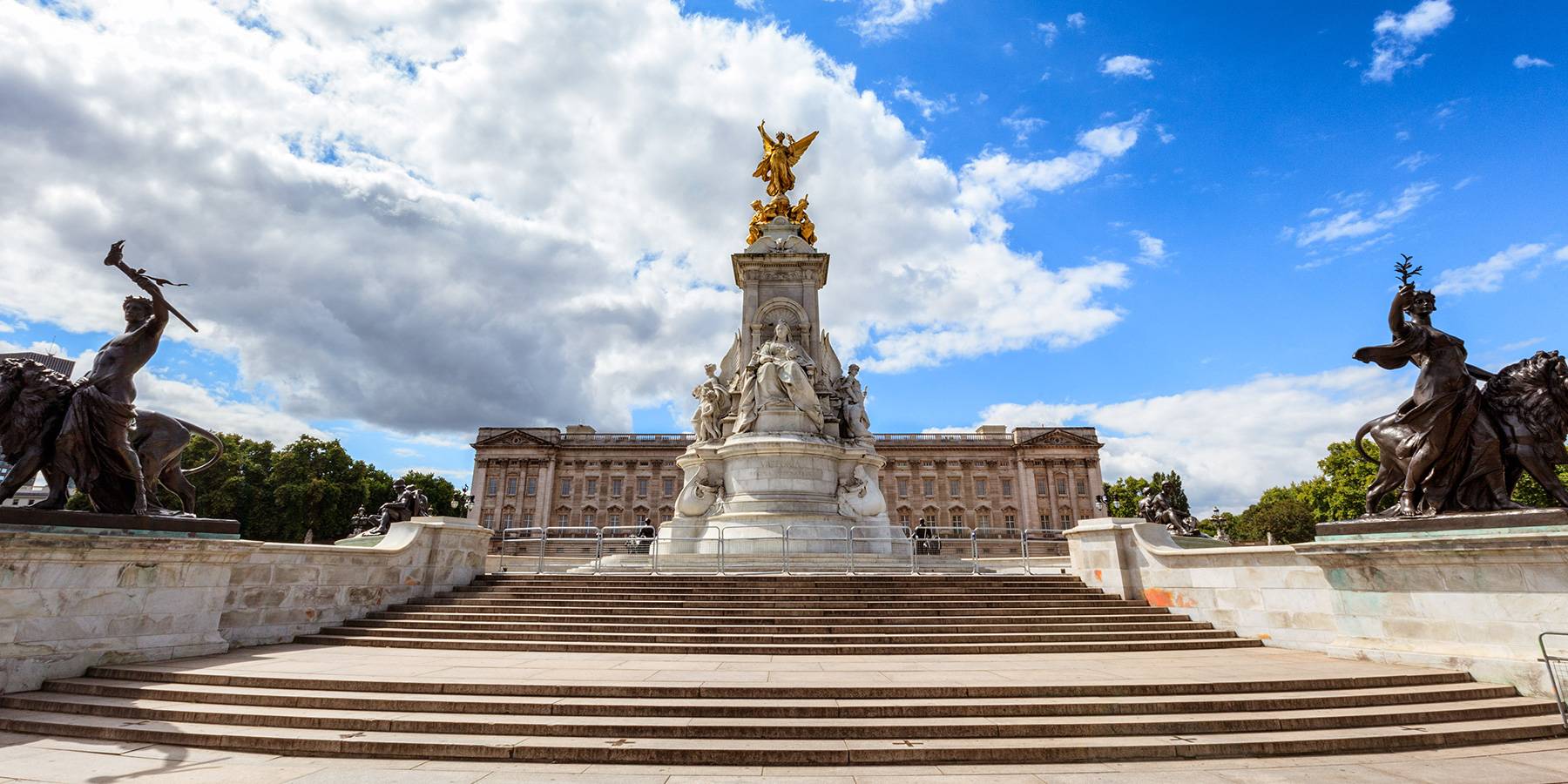 The 24th of May is the 200th anniversary of Queen Victoria's birthday. The British monarch's popularity among the British remains unbroken to this day. Victoria stands like no other regent of the United Kingdom for the consolidation of the British Empire. Thanks to her long reign, the Victorian Age is also spoken of today. At the end of London's boulevard "The Mall", in front of Buckingham Palace, is the Victoria Memorial in honour of Queen Victoria, inaugurated in 1911. All statues and numerous solid parts of the monument are made of Lasa (Laas) Marble.

The majestic monument in front of the official residence of the British monarch in London was the core of an ambitious urban plan that included the creation of the Queen's Gardens and the redesign of Buckingham Palace according to a plan by Sir Aston Webb. The English sculpter, Thomas Brock, designed an awe-inspiring monument in honour of the regent, who died in 1901, according to the specifications of the client.

At its highest point, the monument is 26 meters high and 32 meters wide. In addition, the colossal work weighs a total of 2,300 tons. Other marble was also used for the entire work, but the individual statues of the figure groups around the monument and other solid parts were made of Lasa (Laas) Marble. The victory goddess Victoria stands on top of the marble support in gilded bronze. She looks at a sophisticated scheme of iconographic sculptures. Underneath there are two eagles with extended wings representing the British Empire. They are followed by the statues of the enthroned Queen Victoria and "Motherhood" as well as "Justice" and "Truth". The allegory of "Truth", weighing 40 tons, was formed from a single block of Laas Marble.

The monumental work was inaugurated on 16 May 1911 by King George V during a lavish ceremony. The monarch was so impressed by the grandness of the monumental work after the unveiling, that he immediately reached for a sword and knighted the sculptor Brock on the spot.

The blocks for the monumental statue of Queen Victoria sitting on her throne as well as the other statues of the monument were selected in the White Water Quarry (Weißwasserbruch) and shipped to London via the Netherlands in 1903. The execution in Laas (Lasa) was the responsibility of the Laas (Lasa) Marble pioneer Josef Lechner and his Josef Lechner Marble Union.

The reason the royal clients and the artist Sir Thomas Brock came to the choice of Lasa (Laas) Marble as the raw material for the Queen Victoria monument can also be easily understood.

Lasa (Laas) Marble is known to be a very hard, tough and weather-resistant natural stone. Sculptures made of Lasa (Laas) Marble have a particularly lively effect due to the special crystalline structure of the stone. These properties, in particular the brilliant white and the frost resistance, were very much appreciated in the heyday of Lasa (Laas) Marble between 1890 and 1910. The noble Vinschger (Venosta Valley) stone seemed to have been created for the notoriously cold, rainy and foul weather of London.

Interestingly, the Lasa (Laas) Marble had another important helper to become the preferred raw material for the artistic work on the monument of Queen Victoria: Prince Viktor zu Hohenlohe-Langenburg (1833 – 1891), better known as Count Gleichen and a relative of the Royal Family.

The bust of Commodore James Graham Goodenough (1877) at the National Maritime Museum, Greenwich, and the monumental statue of King Alfred the Great at Wantage Square in the English county of Oxfordshire are also made of Lasa (Laas) Marble.

The choice of Lasa (Laas) Marble for the Queen Victoria Memorial is therefore not a one-off coincidence, but an unequivocal expression of the high esteem that the precious natural stone enjoyed in the British Empire, along with the artists and sculptors in England more than 100 years ago. 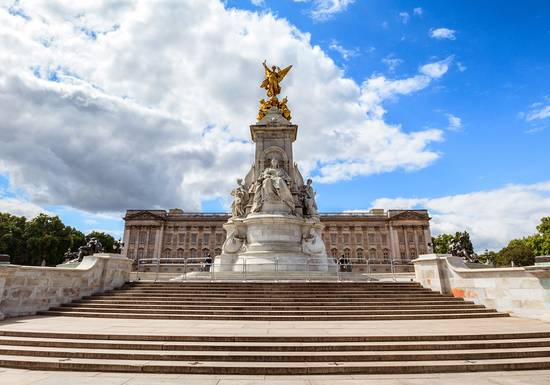 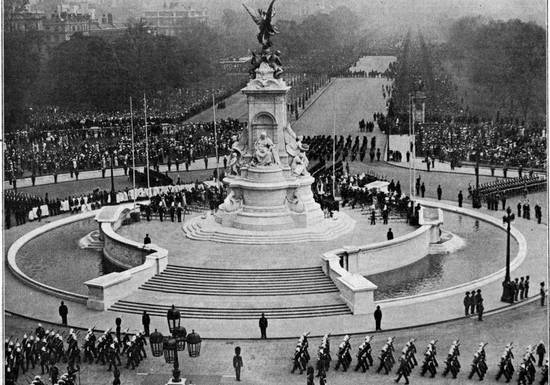