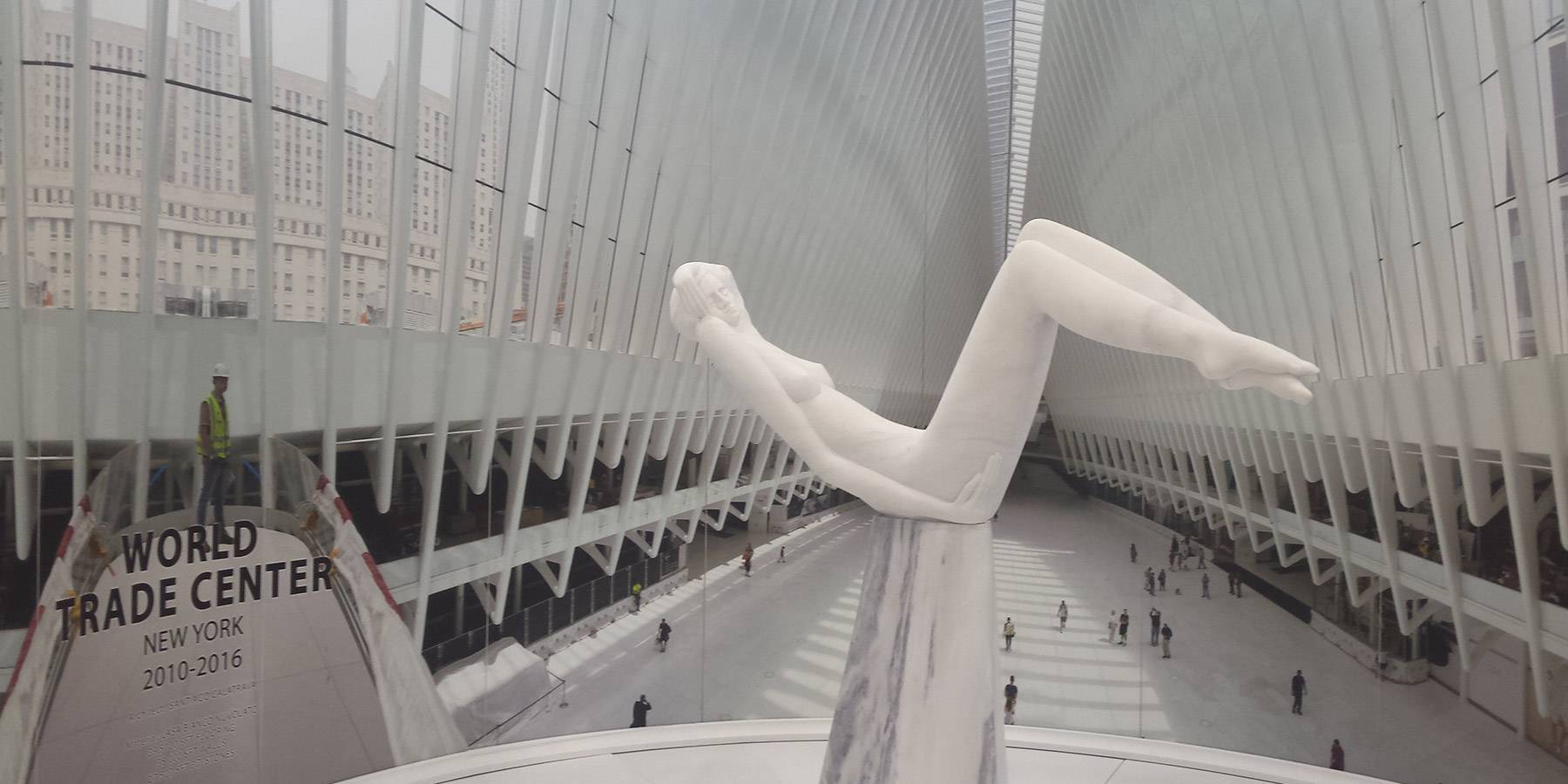 For over 50 years the Marmomacc in Verona is among the world’s leading international fairs for stone-processing companies. The specialized fair, which takes place every year in the end of September is a highlight event also for Lasa Marmo. In 2016, Lasa Marmo participated in the Marmomacc fair with a stand that received a lot of attention. The center of the stand area consisted of a 360-degree-panorama, which impressively showed the Oculus – the central main hall of the 2016 completed and inaugurated underground railway station at the New York Ground Zero WTC Transportation HUB. Since 2012, Lasa Marmo produced and supplied a total of 40’000 square meter of white Lasa Marble of the type Lasa Bianco Nuvolato for the large-scale construction project designed by celebrity architect Santiago Calatrava. Four years later it was time to honor this special one-time construction project at the world’s largest specialized fair for marble. Lasa Marmo’s exhibition area at this specialized fair in Verona was designed by the degreed engineer Jan Peter Keller of Naumburg, who had also assumed the leadership of Lasa’s large-scale project in New York. But it was not only the built giant 360-degree-image-impression which allowed visitors of the Marmomacc 2016 to get an impression of the construction project in New York. Also, the floor laid-up at the stand corresponded to the quality of marble which was used in New York. Installed in the center of the panorama, and functioning as a haven of tranquility and contrast, was a figure carved out of Lasa Marble, the "Resting Venus". At the edges of the impressive stand were aesthetic machine-made columns of Lasa Marble, as an eye-catcher but also to demonstrate the meanwhile gained technical know-how and capability of today’s Lasa marble industry. 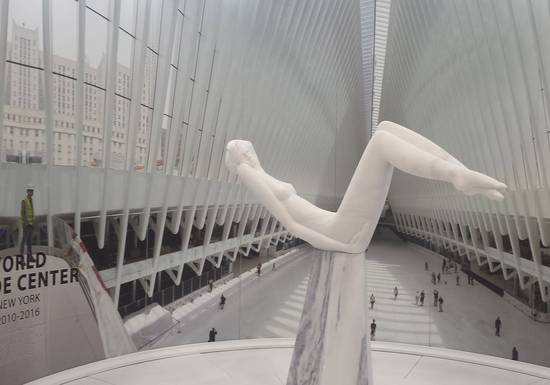 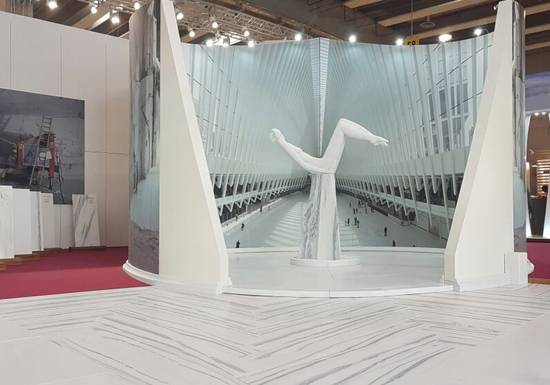 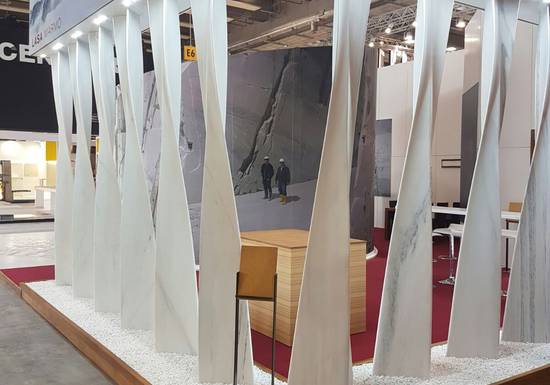