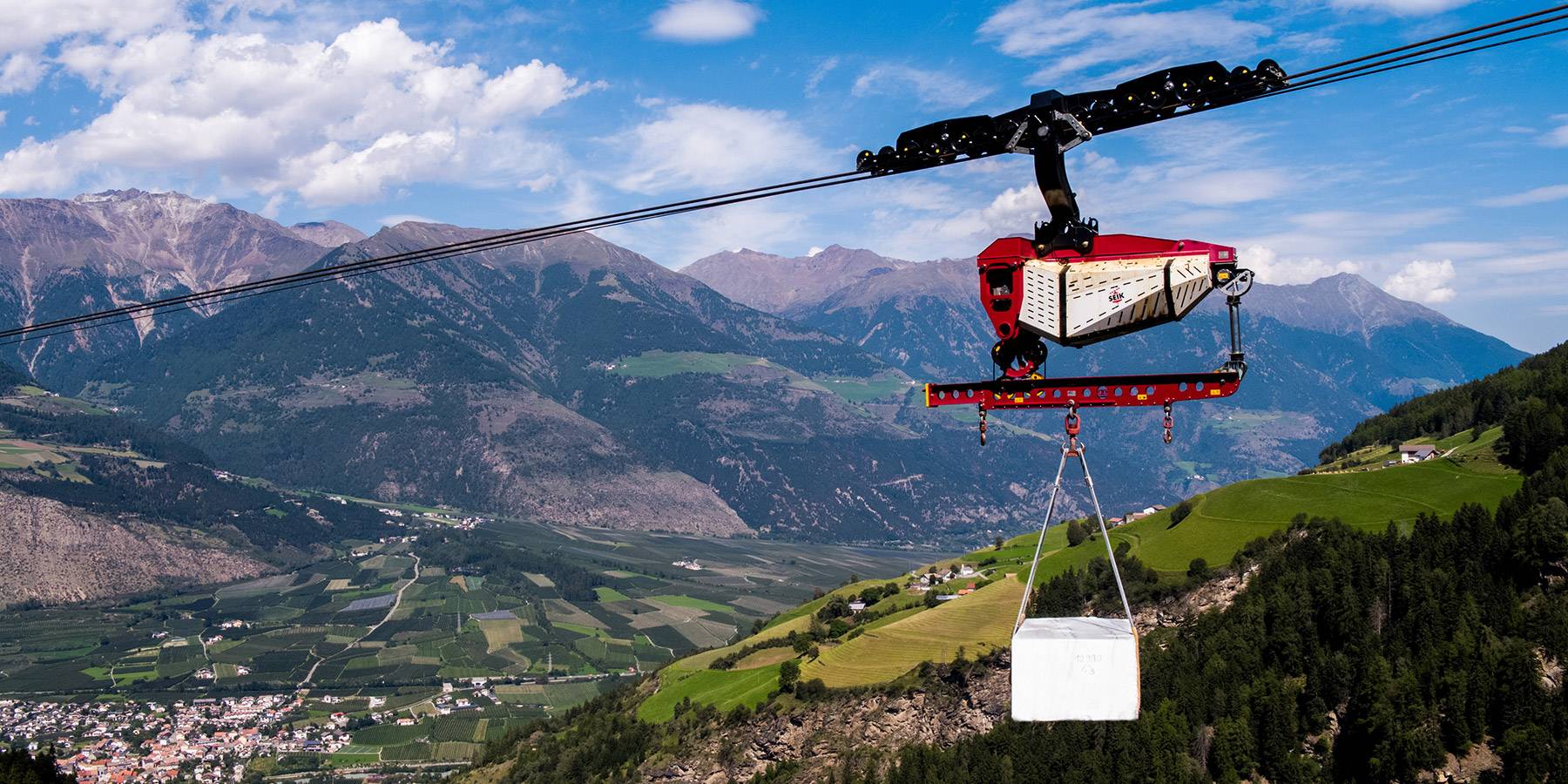 The Lasa Marble Railway Line, which was constructed in 1929-1930 can doubtlessly be called a masterpiece of technology, as the ensemble constitutes a worldwide unique custom-built machinery embedded in an incomparable environment – the Stelvio National Park (Nationalpark Silfserjoch). The Lasa Marble Railway Line is a conveyor system, which transports the marble from the White Water Quarry in four distinct parts, using a brake incline construction, down to the valley. What is special about this it, is that the transport of the marble down to the valley happens almost automatically. A recent cableway for goods (capacity of 20 tons), which was renewed in 2012, brings the marble blocks from the White Water Quarry to the western rim of the Lasa Valley (Laaser Tal), where the blocks are loaded onto the railcars of the Upper Line of the Marble Railway, an adhesion railway with a flat trajectory, which brings the precious white Lasa Marble blocks to the Mountain Station of the Inclined Plane Railway. There is no need to reload the blocks at the Brake Incline. The 950-meter-long funicular runs with a speed of 1 m/sec along a grade of 50%, and can transport loads of up to 40 tons down to the valley (480-meter vertical height difference) in 16 minutes. At the valley bottom, another locomotive pulls the railcars with the blocks of Lasa Marble to the 800-m distant marble factory. The Lasa Marble Railway Line is in use since 1930 without any major accident. Since it started operating, the Brake Incline construction with the Cableway Crane and the two flat trajectory lines build together the most environmentally friendly means of transportation of the Marble from the Venosta Valley (Vinschgau). 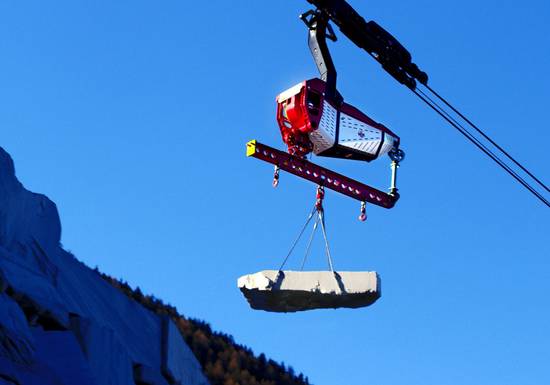 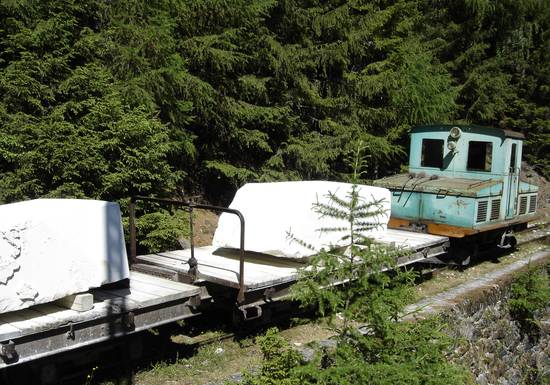 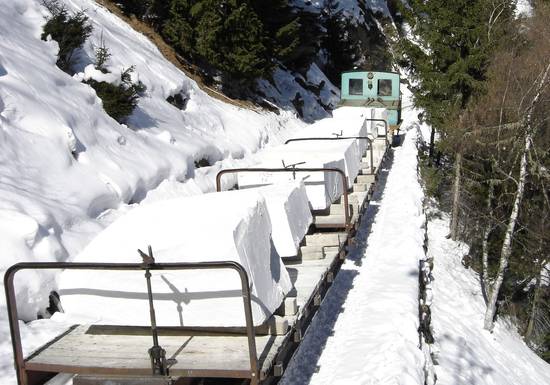 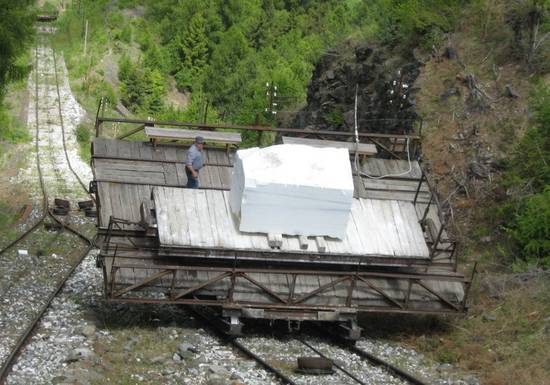 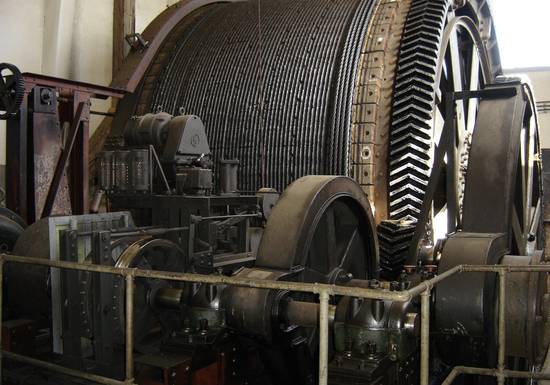 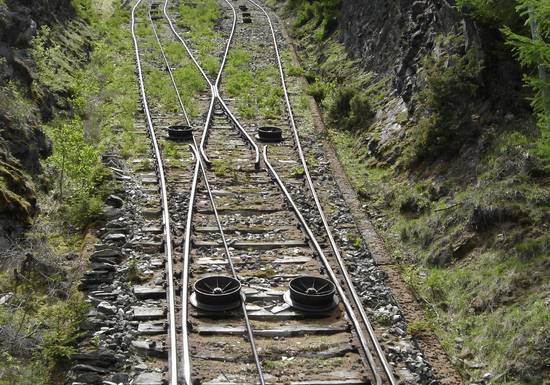 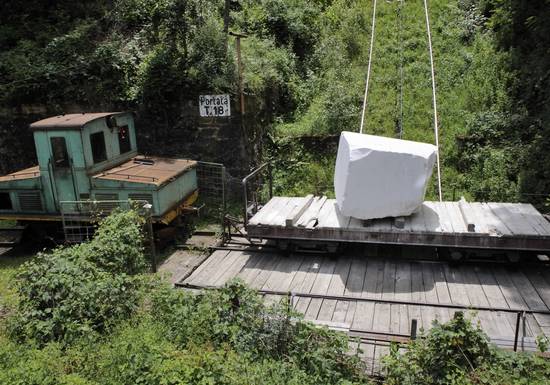 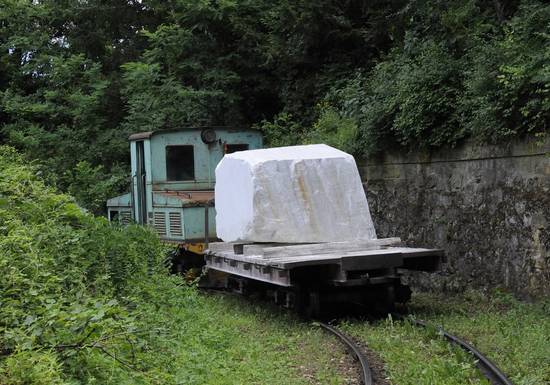 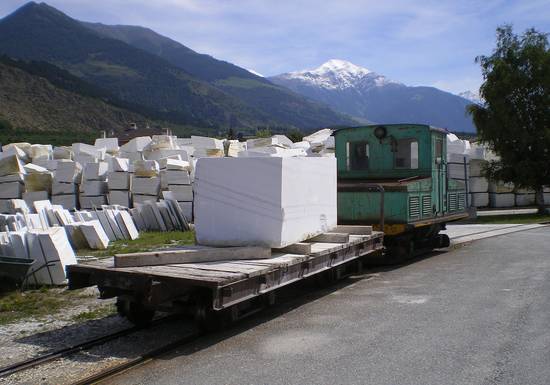 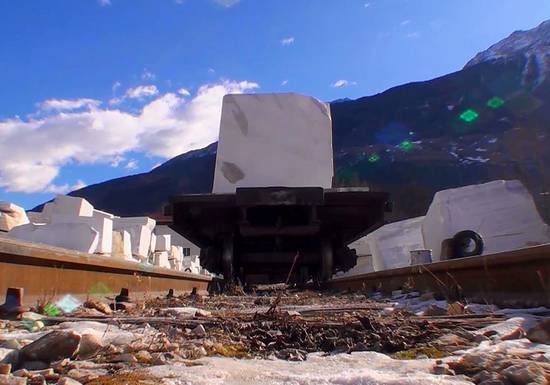